TV Season Review: Legion Looks Great and Not Much Else 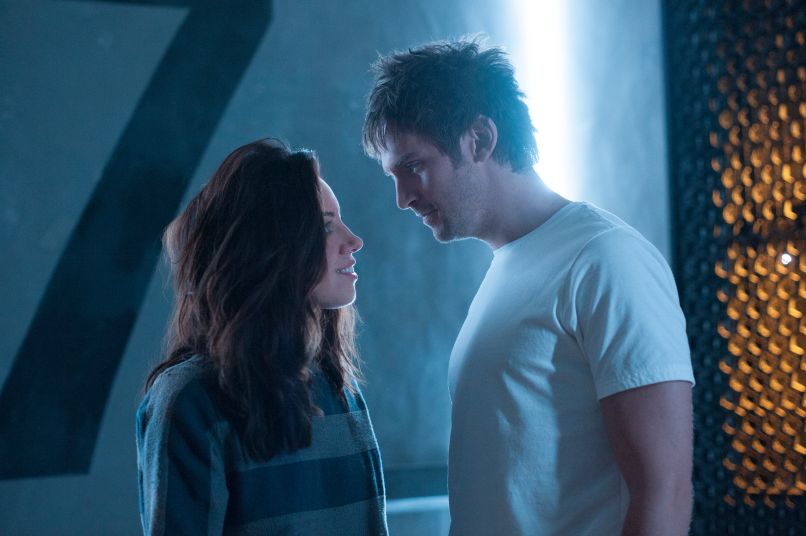 Legion is a visually stunning, formally daring, adventurous, genre-bending show. So noted. It has a cast that’s among the best on TV — if you can tempt Bill Irwin away from theater, have the good sense to involve Jean Smart, play off of all that Dan Stevens weirdness, and capitalize on Hamish Linklater’s menace, Jemaine Clement’s strange charisma, and Rachel Keller’s empathy and intelligence, you’re doing real damn well, casting-wise. Hey, throw in some Jon Hamm narration. Let Aubrey Plaza run wild. All exciting. Consider it acknowledged.

But after a promising first season with some incredibly high highs and a solid, if occasionally perplexing, start, Noah Hawley’s Marvel series seemingly chose to prize its own brilliance and daring over telling a good story. It chose to go weird rather than write for (and do right by) its characters. And worst, it had the nerve to feint at real complexity for its female characters in particular, treating viewers to conversations about “our men,” turning them into puppets, using the violent “death” (or whatever it might be) of a woman as a jumping-off point to explore all the alternate lives that woman’s brother might have led, and devoting an entire hour to one character’s inner life, only to arrive at what’s supposed to be an answer to the riddle of who she is and reveal that the answer is empty, too.

None of that holds a candle to the finale, though. Fuck you too, Legion. You are not the first show, nor will you be the last, to reveal that the person we thought was a hero all along is actually the villain, but that’s a trick that’s difficult to pull off. And hey, David (Stevens) may not be the villain forever. Here’s Hawley, speaking to Vulture:

“I thought, Well, it would be interesting if it was a supervillain story on some level. To say, how do you take a character from a sympathetic place to an unsympathetic place?

I mean, look, it’s controversial. I don’t know what the conversation will be, but I think it’s worth having the conversation about consent and about the fact that there is no justification for acting without another person’s consent. And, as she said, “I’m the hero and you’re just another villain.” On some level, that’s the story of the show. The question is, is there any redemption for him coming out of that? And where do we go next?”

When you fall in love with a show, you sometimes make excuses for awhile and hope it gets its shit together. “Well, Lenny is fascinating,” you say, justifying the paper-thin characterizations (and not just of women; Ptonomy, Oliver, and Clark are also all underdeveloped.). “Well, it’s experimenting, it’s more a tone poem than anything,” you say, forgetting that the men actually do move the story, as the women rotate around the men. “Well, this is a show more interested in ideas than people,” you say. “Well, it’s obviously headed somewhere.”

Later in that Vulture interview — the whole thing is worth a read — Hawley indicates that the finale is meant to suggest that maybe Syd (Keller) has been the protagonist all along. If Legion returns for that recently announced third season with a story that centers on Syd, who is suddenly written with complexity and contradiction and defined by her own wants and needs and fears and desires, perhaps it can get back on track.

But if what we’re headed toward is a man’s journey back to heroism after he’s raped a woman and thought it an acceptable act, then for all its stunning visuals and thoughtful performances, it will have been a colossal waste of time. I sincerely hope that Legion can right the ship. I’d like those thrills and beauties back, even if they’re sometimes empty. But Legion has, in fact, successfully altered my perspective, and from this vantage, the outlook is not so good.

“Chapter 11” does something the rest of the season struggles to achieve: It uses its rich visual world to say something about the people who populate it. While “Chapter 12” doesn’t quite follow through on the promise of its predecessor, watching an episode of Legion that’s equal parts trippy and straightforward is a treat. It’s a rescue mission, plain and simple, conceived in such a way that all of the show’s visual hijinks serve the story, rather than the other way around. It’s a hell of an hour.

Best of all, it’s got real momentum. Part of what made the first season of Legion so thrilling, even when it was a mess, was that there was a potent sense of danger: real mysteries to be solved, lives to be saved, battles to be fought. “Chapter 11” is one of the only episodes in season two that possesses that urgency. A virus is spreading. Help must be secured. The team members must be rescued, one at a time, from inside their own minds, where they’re numbed by what they most desire. And everywhere, teeth chatter.

Really, this episode is great. There are other good ones. There are some mixed bags. And then there’s some bullshit.

Of all the members of this gifted cast (with the possible exception of Bill Irwin, one of the world’s most skilled physical actors), Aubrey Plaza comes closest to making Legion‘s insanity seem not only comprehensible, but honest and earned. Lenny’s story fell apart a bit once it was revealed whose body she was possessing — a fault due more to the underdevelopment of Amy’s (Katie Aselton) character than anything else. But even then, Plaza was a lighting bolt, a spark of electricity and endless font of grounded specificity that made nearly everything work, at least a little. And for the first half of that season, she made her performance a relentless drumbeat, every odd laugh, urgent plea, and suicide by bubble-gun something vital and vibrant.

And those blue contacts are some freaky-ass shit.

I loved the ice cube and liked “Behind Blue Eyes”. Dan Stevens gives a performance that practically vibrates off the screen. But the narrative choices are so off-putting that it’s hard to see the good for all the bad.

We’ll be talking about this episode on this week’s TV Party, and I got into it quite a bit above. For now, I’ll leave you with this, from The AV Club‘s Alex McLevy, whose finale review is a must-read.

“Transforming David from a fundamentally decent person with a troubled mind into someone capable of committing sexual assault in the course of a single episode is the needle scratch on the record player. It’s the porn scene in the middle of Out of Africa. It’s edgy and unpredictable, but that doesn’t make it good. It changes the show on a fundamental level — and more than that, it pulls the rug out from under its viewers, scorning them for thinking they were watching one kind of show when in fact they were watching a very different one. It’s one thing to have a show’s characters lie to us. It’s quite another when a show lies to its audience.”