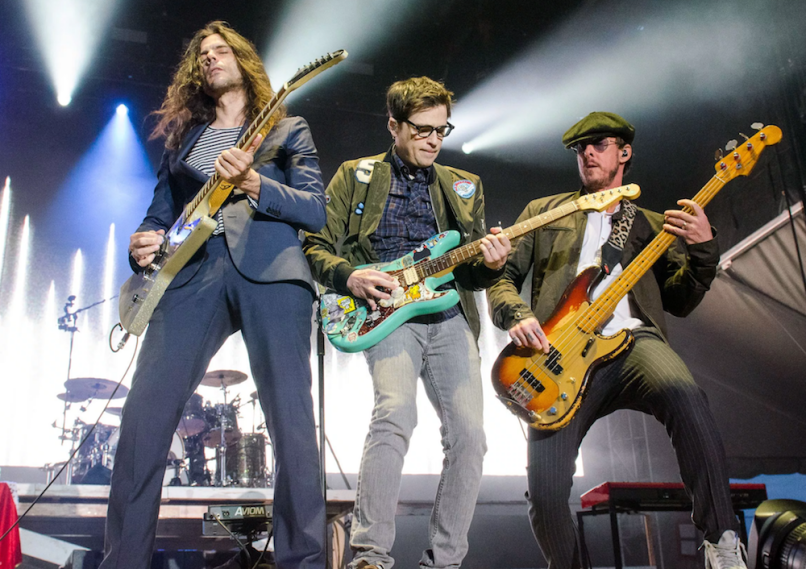 Weezer fulfilled a year-long, fan-led campaign last month when they covered the Toto classic “Africa”. But what started out as little more than a fun and generous gesture for fans has actually turned into the one of the band’s biggest hits.

As Pitchfork points out, Weezer’s “Africa” rendition has entered the Billboard Hot 100 Charts, placing at No. 89. It’s technically their highest charting song since 2009, when Raditude single “(If You’re Wondering If I Want You To) I Want You To” notched the No. 81 spot. The lesson here? Be a good sport to your listeners every once in awhile!

(Read: Ranking Every Weezer Album From Worst To Best)

Along with support from fans and the charts, Toto guitarist and co-founder Steve Lukather has expressed his approval of the cover. He also promised to one day return the favor by taking on a Weezer song.

Later tonight, Weezer will bless the rains down on Jimmy Kimmel Live with a scheduled performance of “Africa”.

Blessing the rains down on @JimmyKimmelLive tomorrow! Watch our performance at 11:35/10:35c on @ABCNetwork. pic.twitter.com/el0mgj1YxX

Weezer were expected to drop their Black Album in May, but that month came and went without any release. Their last full-length was 2017’s Pacific Daydream.