"Phair’s voice was exactly what I needed as I grew from a teenager to a young adult woman." 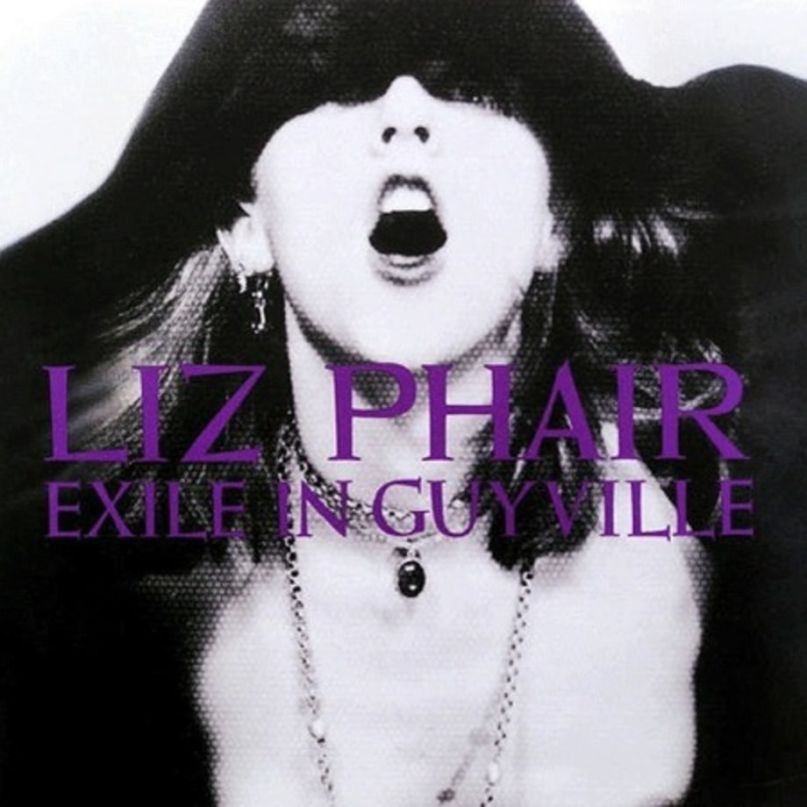 My younger sister recently got engaged, and I cried because I didn’t understand it and because I was ashamed of that. And I didn’t listen to Exile in Guyville that night, but I should have, because when I revisited it a few months later, I cried again for feeling understood.

Exile in Guyville is amazing in every way. It’s a record that responds directly to a previous record, The Rolling Stones’ Exile on Main Street, but has completely eclipsed its inspiration material. It’s about a claustrophobic, tight-knit scene that most of us were never a part of, but it’s universally relatable.

Liz Phair released the album in 1993, when she was 26 and I was two, and though I only listened to it for the first time when I was 20, I not only felt understood then, but also retroactively at 16, at 12, and at 8. I listen to it now and feel understood at 27. When I’m hearing Guyville in 30 years, I don’t expect it will feel alien then either.

Appropriately enough, a guy introduced me to Guyville. A guy I came for when called, whose name I would have tried to make in skywriting no matter how long it took, who let me admire and explore his love for music like Phair did her boyfriend’s cassette collection when she came upon Exile in Mainstreet and asked if it was good, and he sarcastically told her she should record a double album of it. My guy was an antidote to a summer of waking up in someone else’s bed, not knowing where I was, and almost immediately feeling sorry.

And when he played me Liz Phair, and I heard her say, “Even when I was 12” in “Fuck and Run”, and I heard her open “Flower” with the wetness between her legs, and I heard her clean the house and arrange her guy’s books and clean her mouth as the froth spills out on “Canary”, I was angry. It was weird. I didn’t look angry. I looked overjoyed because I loved the music. And I was overjoyed because I loved the music, but I couldn’t control that I was also so angry. I was 20, and I couldn’t explain it. I knew I felt good and bad about the same behaviors a lot. I knew I felt hatred and desire toward people at the exact same time. I knew that when I told certain stories, I felt both ashamed and proud. I wasn’t able to say it well at the time, and Phair’s voice was exactly what I needed as I grew from being a teenager to a young adult woman.

When my guy eventually fucked and ran, did his version of taking the little, white Dart and the horse and driving to Idaho, he left me with words I wished he’d just boxed up and buried in the ground. But Liz Phair stayed.

As years went by and I experienced more and more things that I deserved to feel angry about, Phair’s voice continued to give me the permission I needed to feel that anger, to even sometimes act in ways that were less than accommodating. I was unpleasant sometimes. I got a little bit better at knowing what I wanted. Sometimes what I wanted was to be unpleasant. And though I was still ashamed of what I did and how I felt much of the time, Exile in Guyville helped me start to understand self-forgiveness and how the world sometimes makes choices for us.

Occasionally, I took advantage, got away “with what the girls call murder,” and never said nothing.

That guy may have showed me Guyville, but he certainly wasn’t my introduction to Guyville. Like everyone else, I was born into it, aware of it from an age that will always be too early. And even as time goes by and the borders and boundaries within Guyville are redrawn and it seems like progress is being made, Guyville still exists.

God bless Phair for giving us a name for it. For knowing our bodies are bad before we even know exactly how they work. For hearing lewd predictions about how we’ll behave in a bedroom. For having to tamp down our own desire or else be taken less seriously. For seeing dicks we don’t want to see and then for being blamed for it. For working harder, faster, and with less recognition. For being paid less while we do it. For being treated like a joke, like an object, like a weapon, like a flower, like a dog, like anything but an equal or an individual. And for not being believed when we talk about it.

And, once again, I was angry. I was angry almost all the time, and I’m still angry at the ways my identity has been shaped by things done to me, and to my friends, and to my heroes, and to absolute total strangers. By guys. And I was angry at the way that Guyville somehow not only makes me feel connected to all the other women who have to live here, too, but also completely alone and misunderstood in my experiences.

For me, listening to, connecting with and thinking about Exile in Guyville is and will always be a way of channeling that anger, just as it was when I first heard it. I’m not sure that anything will ever feel as cathartic as singing along to “Help Me Mary”, screaming: “They play me like a pitbull in a basement.”

We’re stuck in Guyville. We can’t negate the impact they had on our lives. We can’t erase them from our history or our identity. We exist as who we are because of them, these guys.

With Exile in Guyville, Phair found one way to cope, which was to name it, to examine it, to pick it apart, to make sure it’s very well documented that within Guyville exists us, so many of us, all with our own voices and our own bodies and our own wants.

More than anything, I think Guyville is about wanting and, more specifically, how what you want smashes up against literally everything else: where you are, what you have, what you’re told to want and not want, what other people want, how much power those people have over you. Wanting is everything. And as Phair says in the final moments of the final song on the album, “I only wanted more than I knew.”