Celebrating the best in television, this year's ceremony will take place on Sunday, September 17th 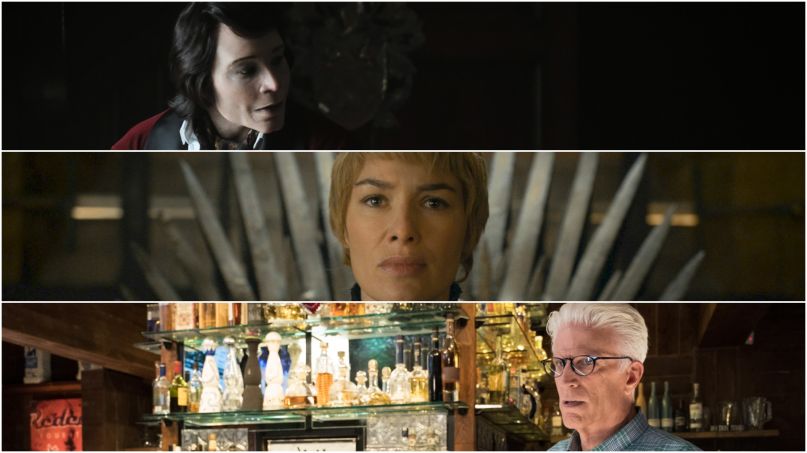 Celebrating the best in television, the 2018 Emmy Awards take place on Sunday, September 17th at the Microsoft Theater in Los Angeles and will be broadcast live on CBS. Saturday Night Live cast members and Weekend Update co-hosts Michael Che and Colin Jost will host this year’s event.

The seventh season of Game of Thrones leads this year’s field with 22 total nominations, followed close behind by Westworld and Saturday Night Live, which both scored 21 nominations. Also cleaning up: The Handmaid’s Tale (20 nominations), The Assassination of Gianni Versace: American Crime Story (18), and Atlanta (16). Donald Glover himself accounted for four of Atlanta’s nominations, including nods for Best Actor, Best Director, and Best Writer.

Barry, GLOW, and The Marvelous Mrs. Maisel are among the notable first-time nominees, while previous Emmy frontrunners like The Crown, Stranger Things, and This Is Us continued to show up strong. Some of the more notable snubs include Modern Family, which was completely shut out of all major categories for the first time since the show began in 2009, as was two-time Best Series nominee Orange is the New Black. The quick and intensely public decline of Roseanne also virtually destroyed the show’s Emmy dreams, as its lone nomination arrived for Laurie Metcalf. Further, in a rather stark acknowledgment of the controversies surrounding Jeffrey Tambor, past Emmy regulars Arrested Development and Transparent were both excluded from this year’s list.

This year’s nominations are also rife with major firsts across the board. For one, Sandra Oh’s nomination for her leading turn in Killing Eve makes her the first Asian Canadian woman to be honored in that category in the show’s 70-year history. Kenan Thompson finally received his first performance nomination for SNL after 15 years on the show’s cast. And with its eighth nomination for Best Comedy Series, Curb Your Enthusiasm now ties Modern Family for the most nominations in the top category among still-active shows; every season of Larry David’s beloved HBO series has now been nominated for the top Emmy except for the very first.

Overall, Netflix led the way with a total of 112 nominations, marking the first time in 18 years that a network other than HBO accrued the most total nominations.

It’s also worth noting that Twin Peaks: The Return accumulated nine nominations, but aside from a directing nod for David Lynch, the show was shut out in all major categories.

Best Actor in a Drama Series
Jason Bateman (Ozark)
Sterling K. Brown (This Is Us)
Ed Harris (Westworld)
Matthew Rhys (The Americans)
Milo Ventimiglia (This Is Us)
Jeffrey Wright (Westworld)

Previous Story
Don’t break an arm jerking yourself off, but the soundtrack to Rick and Morty is being released
Next Story
Paul Simon to revisit old classics on new album, In the Blue Light
Popular
More Stories
[fu-upload-form form_layout="media" title="Submit Your Photo"][input type="hidden" name="ugc" value="1"][/fu-upload-form]