Emotion and technical prowess bolster a band that continues to evolve 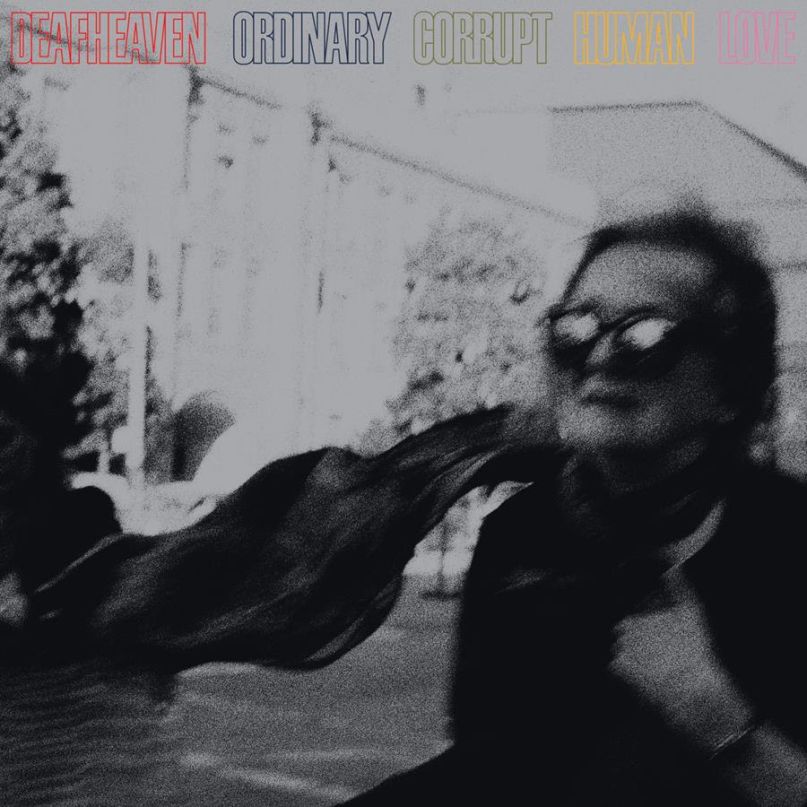 The Lowdown: Deafheaven return for their fourth album, which strips away the shoegaze of Sunbather and the dark atmosphere of New Bermuda for a bright and sunny, new sound. The album has the same emotional power and wide dynamic range of past Deafheaven records, but features significant new wrinkles in their sound, including a prominent grand piano.

The Good: The album is a masterwork of dynamic range and building toward a dramatic moment. The guitar work is solid, and the risks the band take on this record almost always pay off. It’s difficult to imagine another metal band opening their album with a track that belongs on a ’70s piano pop ballad record and managing to give it some teeth. There was a clear attempt to make an ambitious record with a new sound, which gives the album a lot of personality and distinguishes Ordinary Corrupt Human Love in Deafheaven’s discography. Vocalist George Clarke’s imagery is strong throughout the album, particularly on “Glint” where he describes growing older with a lover. This album has a lot to unpack and rewards repeated listens.

The Bad: The longer songs can meander at parts, especially the portions that are more ambient and soft. Even “Honeycomb” loses some of its initial punch after a seemingly endless, droning conclusion. While the tracks make a big impact, the highs do not always feel as dramatic or significant as they have on past records. Occasionally, the piano work can feel cheesy.

The Verdict: This record will probably not sway your opinion on Deafheaven one way or the other. Fans will celebrate this record’s ambition, balance, and beauty. The juxtaposition of scintillating music with aggressive black metal vocals will firmly grip the already converted. Ordinary Corrupt Human Love has moving, emotional pieces and sharp performances bolstered by a band clearly stretching out of its comfort zone successfully. The album is a refreshing new shade of their sound without abandoning the band’s core mechanics. Vocal and dedicated detractors will mistakenly see a few piano passages as soft or bland indie rock when they’re more of a red herring when viewing the album as the sum of its parts.