A self-indulgent, largely evasive, and boring body of work when the beat lets up 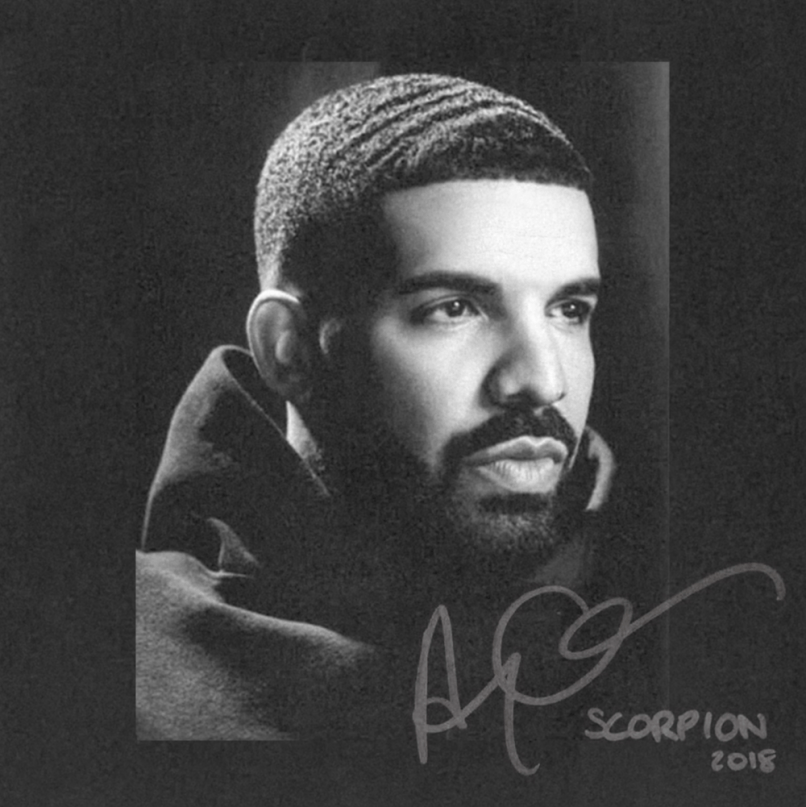 The Lowdown: Drake’s fifth full-length studio album, Scorpion, is an outsized, double-sided journey into the mind of a wounded rapper. Split down the middle, the first side of Scorpion is dedicated to rap while the second side is focused on R&B. The album is a 90-minute response to the scathing battle-rap indictment of Drake’s manhood and character that was Pusha T’s “The Story of Adidon”. The project finds Drake equally torn between licking his wounds, stroking his own ego, and indulging a deep store of angst, which leads to an unfocused body of work.

The Good: Like Migos and their lengthy 2018 album, Culture II, before him, Drake understands that rap is a numbers game, and he knows very well how to play it. Drake’s understanding of the numbers game extends to the payday he sets up for a number of artists from frequent collaborators like 40 to oft-mocked legends like Mariah Carey and Lauryn Hill, cult heroes like Project Pat and DJ Paul, and artists like Nai Palm and Big Freedia, who have yet to achieve pop star status but deserve the look. There is also the handful of deceased artists on the receiving end of a check, including the estates of Magnolia Shorty, Static Major, Aaliyah, and Michael Jackson.

Drake’s generosity is well-documented on the video for “God’s Plan”, and the trend of sharing the wealth continues here. It might be the most impressive thing about the project. Scorpion boasts production from DJ Premier, DJ Paul, Boi-1da, and No I.D. “Nonstop” is a Tay Keith produced ode to Memphis that opens with a nod to Project Pat and samples DJ Squeaky and Mack Daddy’s Ju’s cult classic “My Head Is Spinnin”. The posthumous inclusion of Swing Mob pillar Static Major rivals Michael Jackson’s appearance on “Don’t Matter to Me”. However, Drake is at his most engaging on the ebullient club anthem, “Blue Tint”. Partial to being a chameleon on the mic, he flits between his natural cadence and a combination of trap staccato and a well-timed falsetto.

The Bad: As Drake tells it on “Elevate”, his journey to rap stardom was a noble mission to save his family — except that no journey to the top of the charts is a purely selfless act. That might explain the resentment that pervades on Scorpion, from Drake’s flippant rehash of criticisms levied against him in the copy that accompanied the release to his propensity for salty musings that reprise the anger punctuating his 2016 album, Views, all while bemoaning the lack of gratitude his peers and rap fans alike have shown him. Clear about having been the savior of his household, he is confounded by the idea that he is not viewed similarly in the pantheon of rap. While rap is Drake’s strong suit and the clear winner of the plodding double-sided release, the suggestion that his commercial success should somehow translate to a place among the genre’s icons is naive at best.

The Verdict: On Scorpion, Drake is a details man and control freak suddenly lacking control of his own narrative as rap’s self-proclaimed “good guy.” Unsurprisingly, his charm has worn thin. What’s left without it is a body of work that is self-indulgent, largely evasive, and frankly boring when the beat is not quite strong enough to steady the ship.

Essential Tracks: “Nice for What”, “God’s Plan”, and “Blue Tint”