Gorillaz Dial Up the Desolation on The Now Now 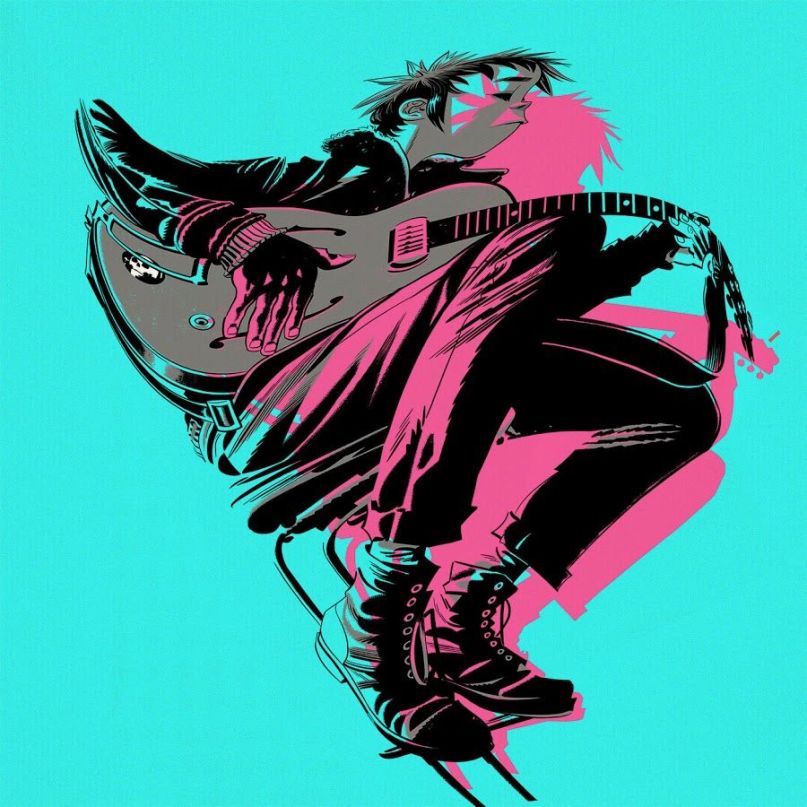 The Lowdown: With their guest-heavy 2017 album, Humanz, Damon Albarn and Gorillaz embraced the fever of the crowd. In the wake of the 2016 US presidential election, songs such as the slow-burning “Andromeda” and the more forceful “Let Me Out” proposed a sort of utopian pop collectivism as the best way forward. The answers that eluded the experts could be found by hanging out with your famous friends in the club, swapping bars and sweat and spit for as long as it took for things to finally make sense. To an almost extreme degree, follow-up The Now Now swerves in the opposite direction. Ostensibly a solo album by the band’s virtual ringleader 2-D, it pares down the guest stars and dials up the sense of desolation one feels when reading the morning paper.

The Good: The closest The Now Now gets to vintage Gorillaz is “Hollywood”, a shameless club banger about the pleasures and perils of trying to make it in Tinsel Town. As you may surmise from the description, the song brings nothing new to the table lyrically, but guest spots from Jamie Principle and Snoop Dogg inject the track with a nimbleness and buoyancy that’s lacking elsewhere on the album. Though he almost pulls a muscle stretching to rhyme “forreal-a” with “gorilla,” Snoop’s verse in particular succeeds at elevating “Hollywood” above the material surrounding it. The problem is that, in doing so, it also shines a light on the album’s general malaise.

The Bad: The exhaustion in Albarn’s voice counteracts that initial shot of optimism and carries over into the listless anti-party anthem “Tranz”, in which the singer sounds as if he’s drowning in a sea of spent dopamine, wet synthesizers, and half-hearted David Bowie impressions. Stripping away the buoyant guest verses and locking Albarn in a hotel bedroom may get you closer to his Truth, but it turns out it’s also kind of a bummer. “Kansas” and “Fire Flies” feature the same space-funk flourishes that put the group on the map, but there’s nothing playful or caustic enough in either song to cut through Albarn’s Nyquil-addled musings.

The Verdict: It’s not difficult to imagine a Gorillaz album that falls somewhere between the two poles of Humanz and The Now Now — an album that leaves room for blown-out extravagance and solo escapades without swaying too far in either direction. Maybe that’s the kind of art we need in these dark times, which alternately demand quiet reflection, collective resistance, and, yes, the occasional thrill of a good party to keep hope alive. For now, Gorillaz seem content to oscillate between extremes, a futuristic pop powerhouse that cannot decide what the future looks like.