Immortal Are as Delightfully Evil as Ever on Northern Chaos Gods 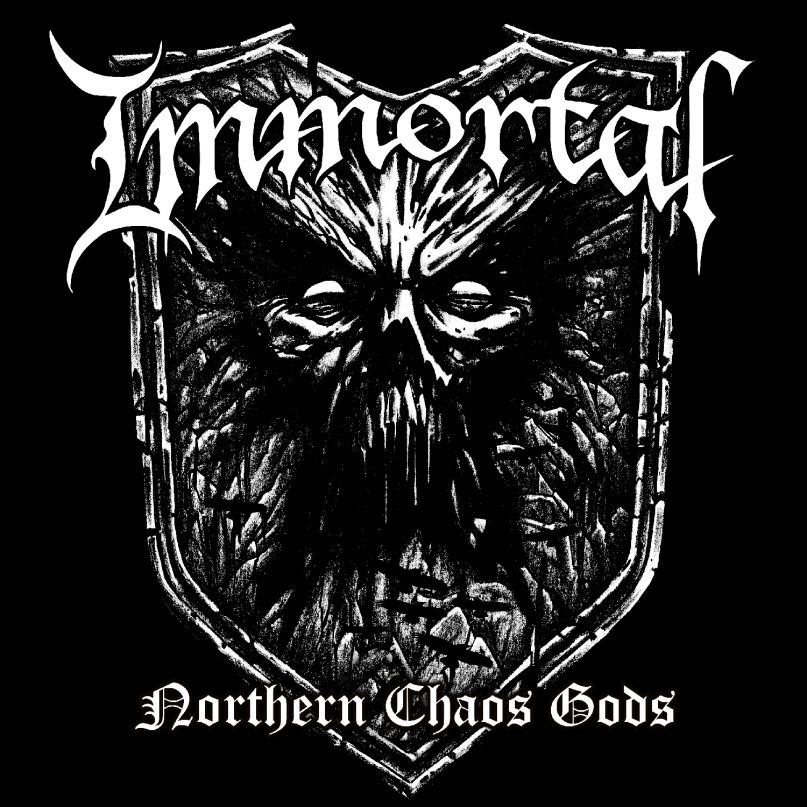 The Lowdown: Northern Chaos Gods, the ninth studio album from black metal legends Immortal and first in nearly a decade, takes listeners through a frostbitten landscape of, well, chaos. The only source of warmth comes through Demonaz Doom Occulta’s vocals, which are so intense that it sounds like he’s breathing fire all over the studio.

The Good: Devotees can breathe a sigh of relief as Northern Chaos Gods offers good, old-fashioned Immortal. Though, conventional definitions of “good” might not sound as delightfully evil as this album. Demonaz takes over vocal duties and following a successful surgery is back on guitar. He, Horgh, and bassist Peter Tägtgren run through eight tracks of surging riffs, thundering drums, and blood-curdling vocals like it’s nothing, as if to remind metalheads how much experience helps in making this look easy. When Demonaz first unleashes his ferocious howl in the opening title track, it’s hard to not be delighted, like entering a particularly well-designed haunted house.

The Bad: Occasionally, things can get a bit repetitive, with every song starting off with a searing or slower-paced riff for a few measures before Demonaz’s vocals enter. While he knows the world of Immortal arguably better than anyone, he doesn’t quite have the charisma that made Abbath such an irresistible presence. The album is produced and performed so well that sometimes you want Demonaz to hold back and give more room for the instruments to breathe, like during the incredible drum rolls on “Grim and Dark”.

The Verdict: It might seem strange to describe an album like this as comforting, as it’s certainly not meant to lull you to sleep or to be played at dinner parties, but Northern Chaos Gods is a source of comfort by showing that Immortal can weather seemingly any storm and come out strong. They might not actually be immortal, but the band, like their legend, show no signs of diminishing.