Artist of the Month Sen Morimoto on Modern Jazz, The Jackson Five, and Finding the Best Road Trip CDs 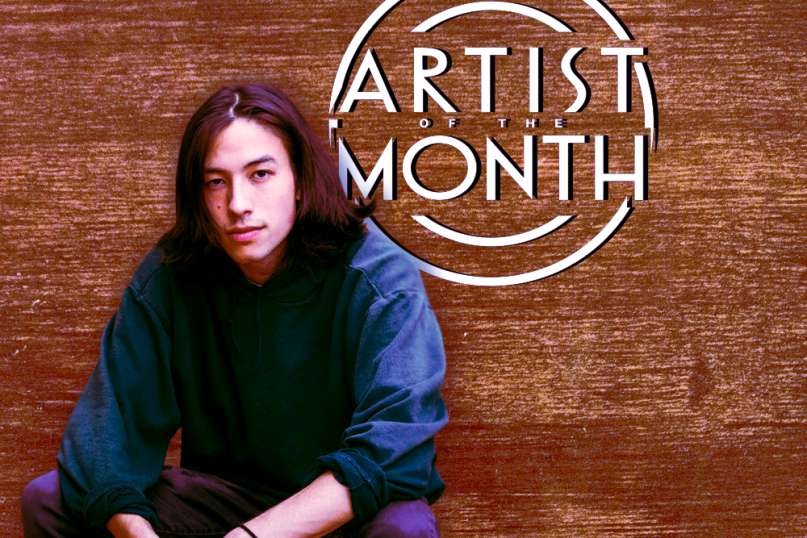 When he arrived in Chicago from Western Massachusetts in 2014, Sen Morimoto didn’t come with any grand five-year plan for making it in the city’s music scene. Four years later, you’d be forgiven for thinking otherwise; over the course of this busy summer alone, the 24-year-old Logan Square resident has played to a sold-out crowd at the Empty Bottle, become part-owner of Nnamdi Ogbonnaya’s tastemaking local label, Sooper Records, and released Cannonball!, his buzzed-about label debut. So far, the album’s jazz-rap has earned covetable comparisons to everyone from BADBADNOTGOOD and Digable Planets to local heroes Saba and Chance the Rapper.

That hype is well-deserved. Morimoto makes compelling use of Cannonball!’s nine tracks, sending out lyrics that flit between energy and introspection aloft on his own nimble sax riffs that, as our Ben Kaye notes, “give the of impression heavy and obscure jazz samples.” His flows hold equally effortless appeal; whether he’s sharing thoughts on self-reliance on “People Watching”, poking at the twin pretenses of Instagram and the art world on “Picture of a Painting”, or throwing a brick through Trump Tower on the title track, Morimoto shares each thoughtful observation and clever confession with an easy-going conversationalism made for extended headphone sessions. Thus, listening to Cannonball! feels less like engaging an album and more like hanging out with your favorite (and very talented) roommate.

Based on the reaction so far, plenty of people want to hang; thanks to solid reviews from the Chicago Reader, Pitchfork, and Chicago’s other biggest critical outlets, Morimoto is starting to get recognized out in public, and is gearing up to bring Cannonball! to audiences around the world (including late-summer festival appearances in Tokyo and Los Angeles, as well as a rumored fall tour). No one flags him down as we sit with cold brews at New Wave Coffee in the middle of what may prove to be his last anonymous summer in Logan Square, but these new interactions are a sign of success that Morimoto doesn’t intend to lean too far into.

He pauses and laughs. “I’m trying not to change that.”

For a couple of years, I didn’t really have any friends or anything. I was just kind of like in my house making music and working in a restaurant in my day-to-day. I wasn’t expecting specifically to find a musical community as welcoming and interesting as the one that exists in Chicago or even the different scenes. There’s so many different genres that are all progressing really quickly at the same time, which is really cool. That’s why I’d say I’m still here: the people I’ve met in the past couple years once I finally got out of my room.

Something I’m really interested in is that, even just in hip-hop, there are all these different sounds coming out of Chicago, but it’s even larger than that. There’s a different scene for every subgenre of rock or jazz or folk, and all these different things happening. For me, I’d like to see more of those wildly different things coming together. It doesn’t have to be like, one person playing fiddle and rapping, or whatever, but more like shows that are cross-genre and interesting in that way. I feel like my music is something that can be used, at least in a booking setting, to kind of ease people through a transition between maybe rock and rap or jazz and hip-hop or R&B and songwriter music.

As much as I like freaky music and jazz stuff, I love pop music. Growing up, my dad’s CD collection was all I had. Obviously, I was into The Beatles, and The Jackson Five were huge for me. I think that has a lot to do with how I think about melody and songwriting structure and stuff like that.

When I started playing saxophone, my first saxophone teacher was at the elementary school that I went to. He’d be like, “You can skip half of math if you play saxophone” or something. I was like, “Fuck, yeah.” I’d go down and he would just play piano. And he would have me improvise over blues changes. That really blew my mind. I was like, “People just make shit up?” And he was like, “Yeah man! And it sounds great!” I was like, “Oh, my god! Music is so tight!” It’s really like you’re free. It’s like the most free place. And that really, I think, affected me at a young age, to the point where I wish I had worked harder on sight reading or even just theory stuff, because I feel like I’m constantly just scraping by with what I already know.

I’ve been lucky enough to play in all sorts of bands of different genres, jazz and rock and noise and punk and folk and Bruce Springsteen cover bands and all these things. Every experience has been really helpful. [There were] maybe things I didn’t want to do again necessarily, but I was always glad I did them. They all added together.

I feel like jazz comes and goes based on how ready the general population is to listen to something that makes you work a little harder. The reasons for people being open to that can be different. Jazz can be really soothing, too. It might be that times are very stressful right now. But that’s when you listen to old jazz. Kamasi Washington and Thundercat are really good at capturing the kind of frantic state of mind that I think most people in the country are in right now. That’s something that can be communicated through jazz really well because it goes as far as your imagination can take it.

I think those two guys also have a really good sense of humor, which helps you stay focused on the music. Sometimes, people may not have the patience to listen to a jazz album, but if you keep giving references to Street Fighter and stuff, it’s like, “Oh, funny!” A lot of these new guys have a good understanding of what we want to hear or what they want to hear, too. There are times when everyone who’s making jazz is kind of corny, and then there are times when everyone making jazz is suddenly super dope. You just kind of have to ride the wave.

ON SELF-PRODUCTION AND CREATIVE CONTROL

I think the biggest advantage is just being able to create when the idea is fresh in your mind and not having to wait. If you’re working with an engineer in a studio or something, you write a song, and maybe by the time you bring it in, it doesn’t really resonate with you the same way, or you can’t communicate that feeling. It’s been really helpful for me to be able to have an idea and then just start recording the song and let it write itself as I’m recording it.

It’s also just being stubborn, too. Not having anyone else touch it is comforting in some ways. Although the drawback is you don’t know, when you’re done with it, if it’s all trash. It’s like, “Damn, only I have listened to this. It might just be psychotic and bad.” The first time I played Cannonball! for someone, I was probably so uncomfortable that I blocked the memory out. I probably got 10 seconds in and was like, “Actually, let’s listen to something else. You like Drake?”

ON THE OPTIMAL LISTENING EXPERIENCE FOR HIS RECORD

I think it’s really, to me at least, music that feels better to listen to alone. Like the album could be the other person you’re with, you know what I mean? I feel like it’s not that social – just, like, sitting alone, cup of tea, maybe a little pot or some wine. Put on the record and take a bath.

ON PLAYING WITH A LIVE BAND

You hear the record a million times. You’re mixing it and you’ve heard all these different versions of it while you’re making it, so by the time you even play it for anybody, you hate all these songs. But working with a live band, you can make these new arrangements that make it exciting to you again and kind of remind you why you like the song in the first place.

There’s a few songs on the record that are in odd time signatures, or the beat is spread across even 4/4 in an unusual way, so whenever I teach these songs to people, I send them the songs first, and they come in and I walk them through it. It’s really cool to see these dope musicians come in, and they have learned it a certain way, and they’re counting it entirely differently than how it’s written, but they’re still playing it the right way.

I don’t even usually understand how complicated something is. I’m like, “Yeah, it’s a simple song.” I’ll send it out, and they’ll come in and be like, “This is the dumbest thing I’ve ever had to learn. This makes no sense. It’s not musical. It’s just nonsense.” But then they learn a cool way to count it out so that it flows correctly. I’m like, “That’s amazing.” There are all these different musical routes to get to the same place.

I just drove from Oregon to Chicago with my brother, and we didn’t have any CDs. My brother was getting a haircut, so I was just bopping around Portland, and I bought a bunch of dollar CDs for the trip back. Have you heard Yellowman? He’s a dub guy. I bought the CD (1993’s Fantastic Yellowman) because the track names were all amazing. It was like, “Donate Money” and “Your Dick Is Dead”. “Donate Money” was good. I thought it was going to be about being charitable and a good person, but it’s about not paying taxes.

Halfway through, we had to get some better CDs that were definitely more expensive. I was like, “Damn, all these dollar CDs are funny but kind of grating,” so I bought Drunk by Thundercat. I also listened to this Hall & Oates song like 50 times on the way back to Chicago. It’s called “She’s Gone”. It’s like a really early one, and there’s a bridge where they do like three key changes, and they just build up. It’s really amazing. “She’s Gone” has been the soundtrack.