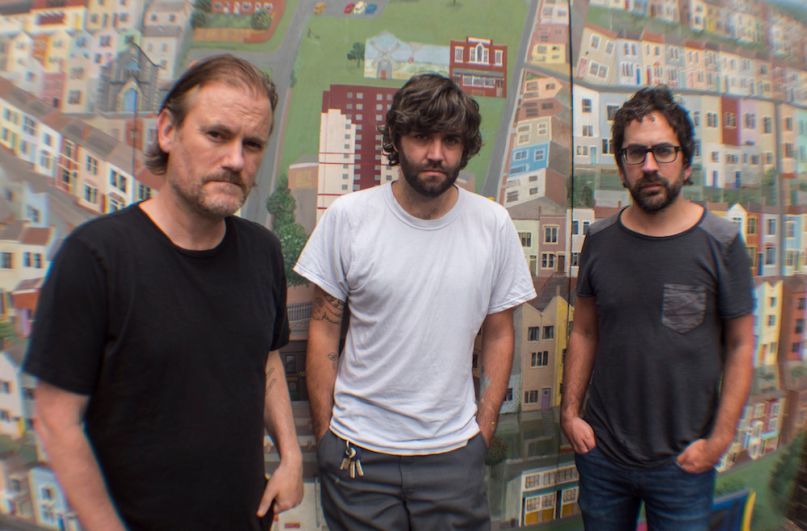 While it seems increasingly likely we won’t be getting that new Portishead album anytime soon, the band’s Geoff Barrow has gone ahead and reactivated his other band, Beak>. In June, the English three-piece shared a new song, “Allé Sauvage”, as well as lined up a series of North American tour dates. Now, Beak> — which is rounded out by Billy Fuller and Will Young — have announced their first album since 2012.

The >> follow-up is aptly called >>> and due for arrival on September 21st via Invada Records/Temporary Residence. Its 10 tracks were written over the last year and recorded mostly live in Invada’s studios in Bristol.

Invada’s label manager, Redg Weeks, has described the LP as “definitely sounds like a step forward.” He elaborated further in a press statement:

The production and feel of the first two albums was like listening through frosted glass; a band playing behind a curtain. Now we are hearing Beak> in sharp focus, but without forfeiting what the band see as its “wrongness.” This could be the result of having played bigger stages and festivals — something that was never part of the plan — or perhaps it is just a reaction to the infinite cut & paste fuzz pedal kraut bands on the planet.

“Allé Sauvage” appears on the tracklist, as does “Brean Down”, the outfit’s latest single. Check out the shadowy cut below.