Bruce Springsteen’s advice to Arcade Fire: “Make sure you can always play Spain” 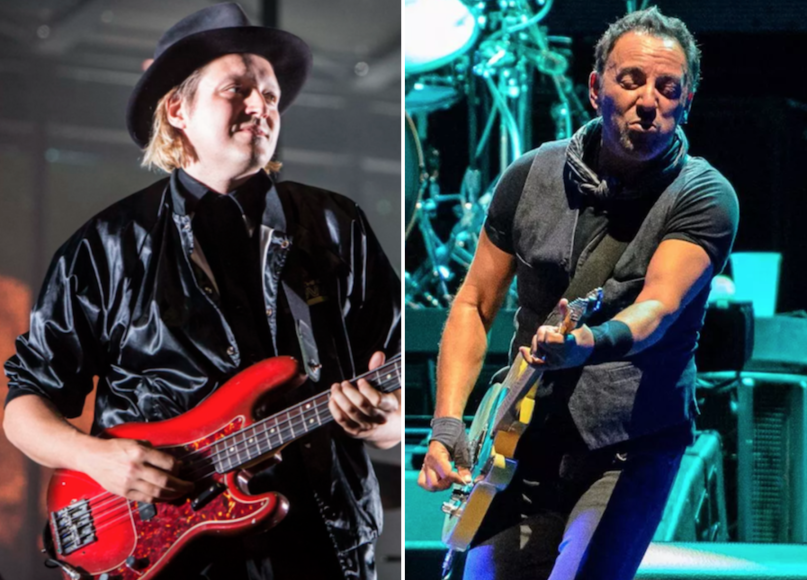 Arcade Fire may be one of the biggest indie acts in the world, but no rock star career is without its imperfections. The band’s most recent album, last year’s Everything Now, received more critical backlash from fans and reviewers alike than any of their past efforts. As Will Butler recently told Kyle Meredith on the latest episode of Kyle Meredith With…, Arcade Fire took the “louder opposing chatter” in stride, partially thanks to the advice of The Boss himself, Bruce Springsteen.

At first, Butler admitted that the negative reaction to Everything Now had a lot to do with the intricate (and often tiresome) album rollout. “[Reviewers] approached it with more baggage,” he said. “Baggage that we created, so it was kind of our fault.” Still, he noted that every big artist will hit a bump sometimes, especially during a long career. And that’s when Springsteen’s words of wisdom came to mind.

“Bruce Springsteen actually told us once, ‘Just make sure that you can always play shows in Spain,'” Butler recalled. “‘Because there will come a time when people hate you for like a decade and you can just disappear and go play shows in Spain where people love you. And you’ll be in Spain, and you can eat delicious food. And then 10 years after people will realize that you’re really great and you can go back to America.'”

Meredith and Butler mentioned how everyone from Neil Young and David Bowie went through fallow periods, and they all came back to a brighter spotlight than ever. See what else they had to say by listening to the entire discussion below (the Bruce comments begin around 20:40).