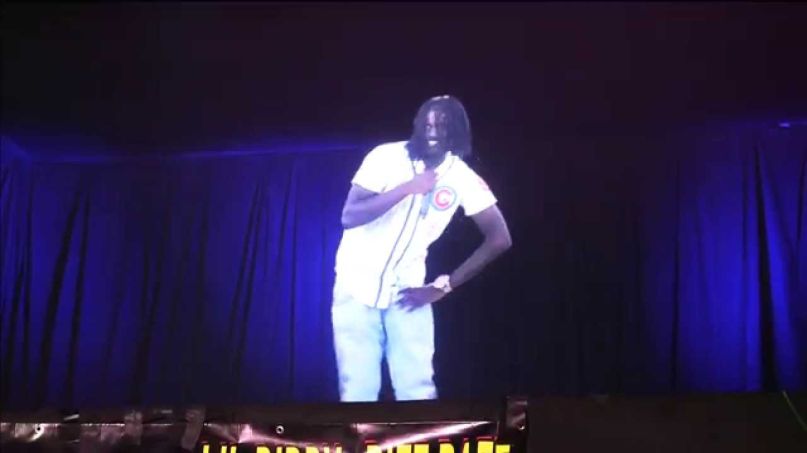 Back in 2015, Chief Keef tried to beam a live hologram of himself onto the stage at a benefit show in Chicago, a city he was avoiding due to outstanding arrest warrants. Cops shut the gig down — twice –, but now the MC is set to take another shot at the technological concert experience, and this time he’s not limiting it to his home city.

Keef, born Keith Cozart, has announced the “Icons of American Music Hologram Tour”, which is set to kick off in London, another city from which he’s banned. The first two performances will take place at the Hammersmith Eventim Apollo theater on August 31st and September 1st. A US trek will follow in the fall, with stops in Chicago, New York, New Orleans, Las Vegas, and Foxwoods, Connecticut all in the cards, as well as what’s described as “an open ended run” at Los Angeles’ Hologram USA Theater. A detailed docket has yet to be released.

The 90-minute production is a collaboration with Hologram USA Inc. (the team behind Tupac’s resurrection at Coachella and Michael Jackson’s performance at the 2014 Billboard Awards) and will be hosted by Alki David, Keef’s label boss. A live digital projection of Chief Keef himself will be joined by a litany of musical icons from the 1930s to today. Confirmed holograms include NWA, Snoop Dogg, Biggie Smalls, and Tupac.

“People are going to be surprised,” explained David. “Growing up Keef was influenced by what his grandma listened too. These included Billie Holiday, Jackie Wilson, and other great African-American musicians. Later, that influence merged with Tupac, Biggie Smalls, and N.W.A are among the sounds that influenced Keith Cozart. Now, he’s among the most influential artists in that world himself.”

What’s more, Swissx will be providing CBD oil infused treats at the shows, with the aim “to take the audience to a whole new level of immersive intensity.”

Tickets for the London shows are on sale now via Hologram USA’s website.