Look closely and you'll notice a young Ken Marino sitting right beside him, too 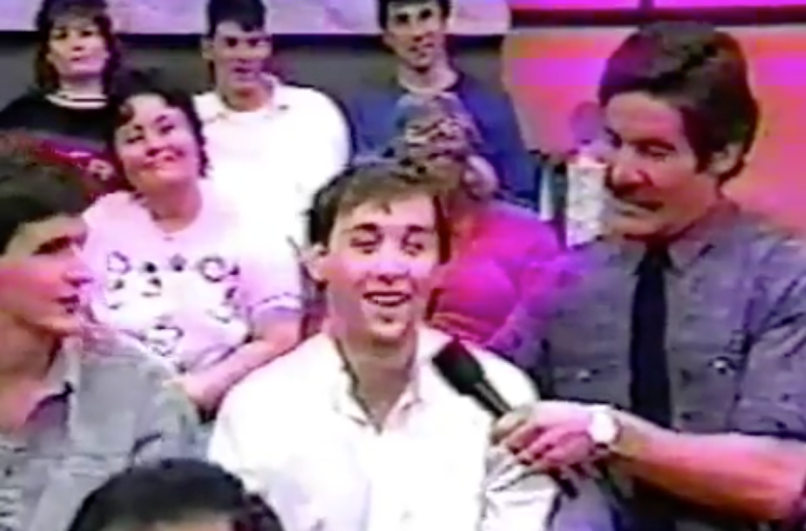 David Wain loves KISS. Look back to any number of his films and you’ll likely find a reference, the loudest being 2008’s Role Models in which the ensemble cast not only dresses up as the Jewish rockers, but Paul Rudd even sings “Beth”.

Now, he’s shared old footage of the time he appeared on an episode of Geraldo that featured both Paul Stanley and Gene Simmons. The short clip finds Wain confessing his longtime fandom and asking questions about their comeback.

There’s a lot to unpack: For starters, you get to see both Stanley and Simmons without their makeup, Wain also has a great shaggy hairdo, and, yes, that’s a young Ken Marino to his right. The longtime collaborators go way, way back.

For those interested in hearing more about Wain’s past, revisit our interview with the filmmaker from this past January in which he walks us through his entire career, from The State to Wet Hot American Summer to his hilarious feature films.