Dawes perform “Living in the Future”, “Crack the Case” on Kimmel: Watch

In support of their recently released record, Passwords 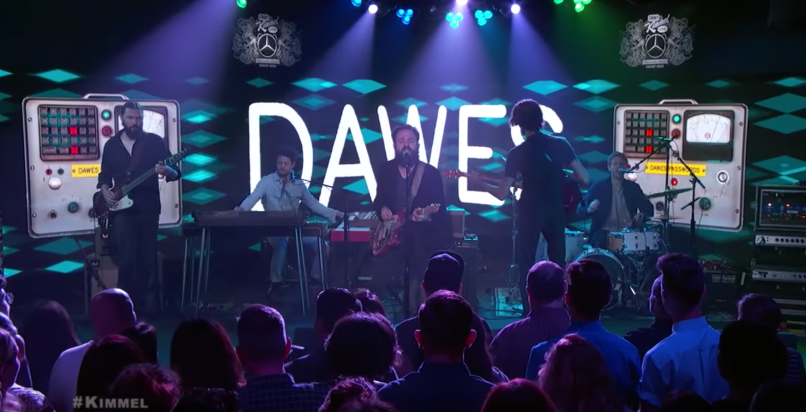 Dawes dropped their latest album, Passwords, just a few weeks back near the end of June. Last night, the band returned to Jimmy Kimmel Live in support of the follow-up to 2016’s We’re All Gonna Die.

Taylor Goldsmith and the boys delivered a double performance, turning in  “Living in the Future” as well as “Crack the Case”. It was a wise pairing, as the former demonstrates the band’s ability to storm into ripping solos and the latter highlights their indie folk side. Check out the replay of both songs below.

To see more of Dawes live, check them out this August when they hit the road with Jeff Lynne’s Electric Light Orchestra, who are embarking on their first North American tour in over 30 years. Dawes will follow that trek up with a headlining run of their own in September. You can also get some insight on “Crack the Case” by revisiting our Origins feature with the band.