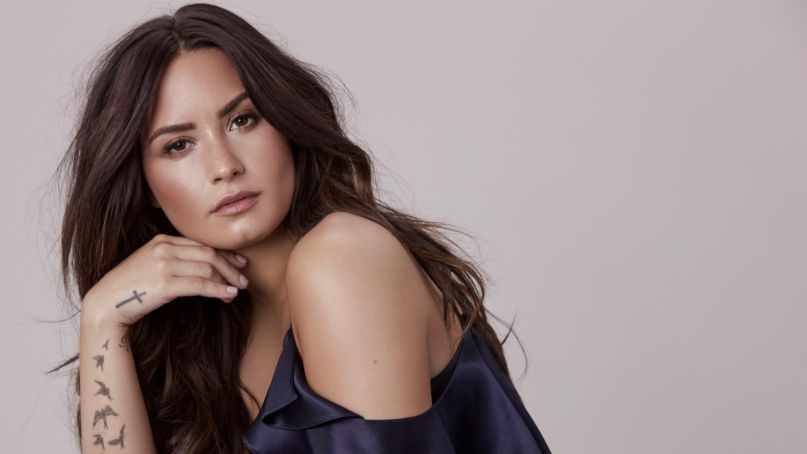 Demi Lovato has been hospitalized for apparent heroin overdose, according to TMZ.

The 25-year-old singer was transported from her Hollywood Hills home just before noon Tuesday, and is currently being treated, TMZ adds. Her condition is currently unknown.

Last month, Lovato revealed she had relapsed following six years of sobriety. She detailed her struggles with addiction on her recently released single, “Sober”, which included lines like: ‘Mama, I’m so sorry I’m not sober anymore/ And Daddy, please forgive me for the drinks spilled on the floor.”

Update – 5:00 p.m. ET: A source tells PEOPLE that Lovato is currently “okay and stable.” She was treated with Narcan, a medication used to reverse the effects of a narcotic overdose.

Update – 9:30 p.m. ET: A representative for Lovato has issued a statement to Variety:

“Demi is awake and with her family who want to express thanks to everyone for the love, prayers, and support. Some of the information being reported is incorrect and they respectfully ask for privacy and not speculation as her health and recovery is the most important thing right now.”

Update – 10:15 p.m. ET: A source connected to Lovato disputes she was using heroin, but declined to divulge what drug led to the overdose, according to TMZ. As Lovato was given Narcan, it’s likely she was using some sort of opioid. TMZ adds that no drugs were found in her possession and she refused to tell paramedics what drug she took.

The pop singer’s concert scheduled for Thursday in Atlantic City Beach, New Jersey has been canceled. Fox was also set to air an episode of their Beat Shazam gameshow featuring Lovato, but the network replaced it with a rerun.