Elvis Costello reunites with The Imposters for Look Now, their first album in 10 years 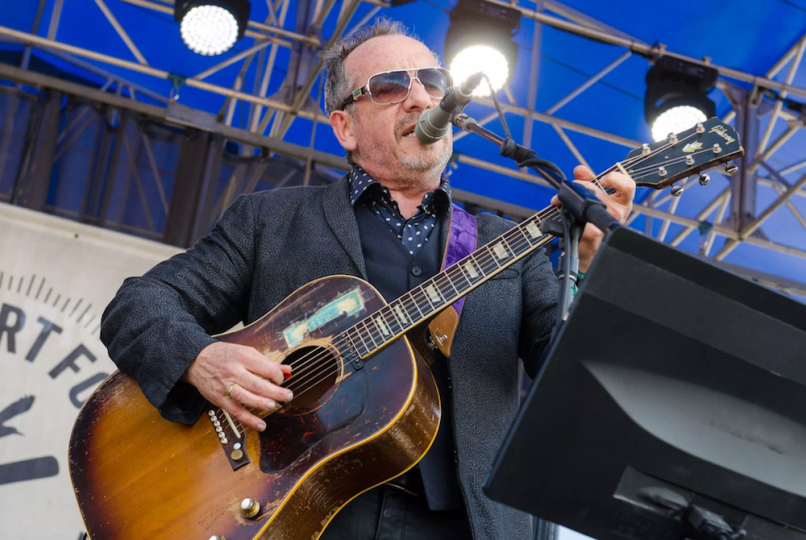 It’s been five long years since Elvis Costello last released a record (see: 2013’s Wise Up Ghost featuring The Roots), but it’s been even longer since he dropped an album with The Imposters (see: 2008’s Momofuku). Now, having been inspired by last year’s “Imperial Bedroom & Other Chambers Tour”, the legendary singer-songwriter is ready to deliver a proper follow-up with The Imposters.

Due out October 12th via Conchord, Look Now spans 12 tracks and features collaborations with Burt Bacharach and Carole King. “I knew if we could make an album with the scope of Imperial Bedroom and some of the beauty and emotion of Painted From Memory, we would really have something,” Costello says in a press release. It should be noted Painted… was a conjoined effort with Bacharach.

Granted, it’s quite awhile until the Season of the Witch, but to hold us over, Costello’s offered up two tracks: “Under Lime” and “Unwanted Number”. Stream both below and peep the full tracklist shortly after. Fans who grab the deluxe edition will get four extra tracks, so how about that? Pre-order the album here.

In May, Costello underwent surgery to remove a “small but very aggressive” tumor. As a result of the procedure, Costello canceled several summer tour dates in Europe. However, he plans to return to the road in time for the North American leg come November. Grab tickets here.