In 2011, the FBI classified Insane Clown Posse's group of fans, the Juggalos, as a “loosely organized hybrid gang" 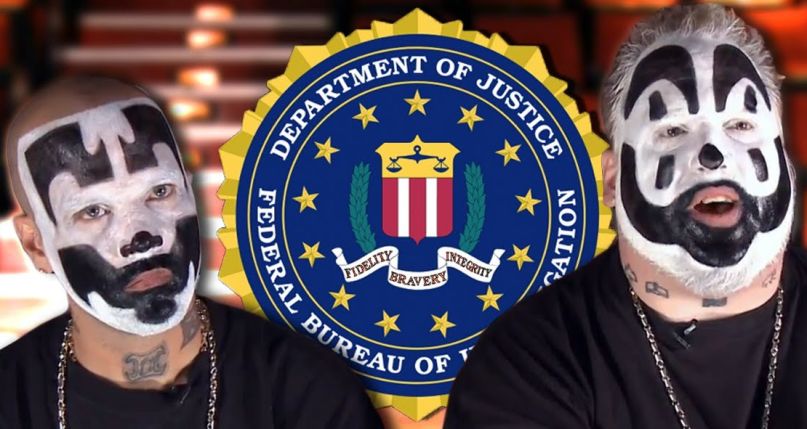 The Juggalos vs. The FBI

It’s been seven years since the FBI classified Insane Clown Posse’s group of fans, aka the Juggalos, as a “loosely organized hybrid gang.” Since then, there have been numerous legal challenges and even a march on Washington, DC — but as recently as last December, a federal court ruled that the Juggalos failed to show that the FBI’s classification had resulted in legal consequences.

The FBI report in question has now been declassified and available to view in full below — albeit with a number of redactions. The report opens with background information on ICP and includes some hilarious conclusions. Most notably: “Insane Clown Posse can’t get its music on the radio, but claims to have 1 million devoted fans who call themselves ‘Juggalos’ or ‘Juggalettes,’ and sometimes paint their faces to look like wicked clowns.”

The Juggalos, according to the FBI, “follow the ICP in almost a religious manner” and notes that the group’s teachings are imbedded in their lyrics, movies, album covers, and websites. Surprisingly, there’s no mention of Faygo, which seems like a huge oversight.

Elsewhere in the report, the FBI cites a confidential source who claims the Juggalos “are in a type of gang war in California with the MS-13 gang and are holding their own against them.”

The rest of the report is made up of numerous redacted emails and press clippings, which chronicle numerous crimes perpetrated by known Juggalo members including “drug sales, drug possession, and child endangerment, as well as many other crimes typically seen by gang and gang members.”