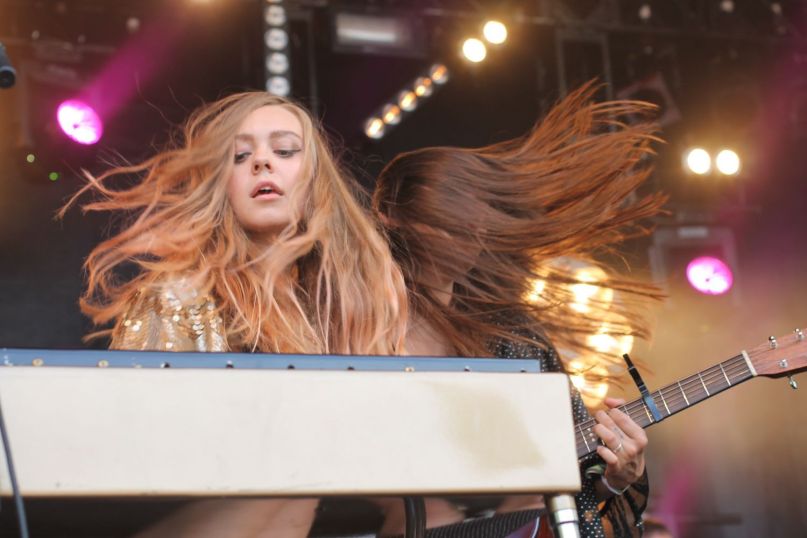 First Aid Kit is currently touring Europe on what’s a massive trek in support of this year’s Ruins, but sisters Klara and Johanna Söderberg still found some time to share a few acoustic recordings they recently put down in Stockholm for a Spotify Singles session.

One is a tender, deliciously weepy rendition of Ruins standout “Fireworks”, while the other–a cover of Kate Bush’s 1985 single “Running Up That Hill”–is brand new. “We wanted to release a more stripped down version of ‘Fireworks’ that showcases its melody and lyrics,” the band said in a press release.” This version reminds us of the original demo we made for the song in our home studio in Stockholm. As for our cover of ‘Running Up That Hill,’ we started listening to Kate Bush pretty recently and thought the song’s fantastic melody would suit our voices and signature folk rock sound.”

Unsurprisingly, the cover trades the original’s pulsing synths for some folk guitar and spare percussion, with the focus instead centering around the sisters’ signature harmonies, as staggering here as they are at the band’s live shows. Hear both cuts below.

Tomorrow, the band plays Helsingborg in their native Sweden. For now, however, do yourself a favor and revisit their video for “Fireworks” below.