The flavors were named after characters on the series 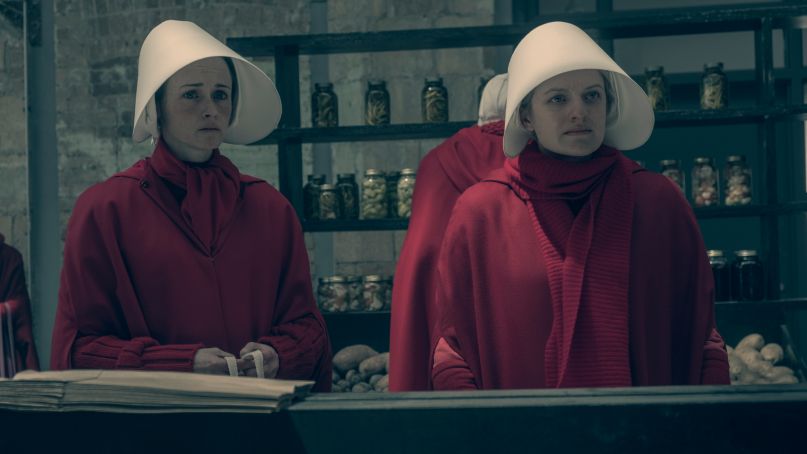 Not every film and TV series requires an endless array of branded tie-ins. Sure, they can be fun sometimes, the Happy Meal toys and glossy action figures of our youth. Sometimes they can even add something to the source material, ala the Twin Peaks “Final Dossier.” But once again, some things don’t need tie-ins, and beyond that, some things really, really should not have tie-ins.

Case in point: this new line of fine wines themed after the leading women of The Handmaid’s Tale, Hulu’s hit dystopian series about a future in which female bodies are codified by law as property, and women violently struggle to retain some sense of their personhood in a world now built for the specific purpose of demeaning them. This isn’t even the first time that companies involved with Hulu have had dumb product ideas regarding the series, but for some reason, a product as inherently decadent as wine just carries that extra X-factor of squick alongside it. Again, it’s really not the kind of series that lends itself to cutesy tie-ins.

Surprisingly, these wines were actually available for purchase — at least, for a few hours. Unsurprisingly, their announcement was met with quite a bit of criticism, and by the 8:30 p.m. ET Tuesday, Lot18 and MGM decided to cancel the wine.

So if you’re in the market for a nice red that reminds you of an America that mandated domestic abuse as a part of daily life, or perhaps a nice white, modeled after the wife and partner of the fascist who created that America, you’ll have to look elsewhere.