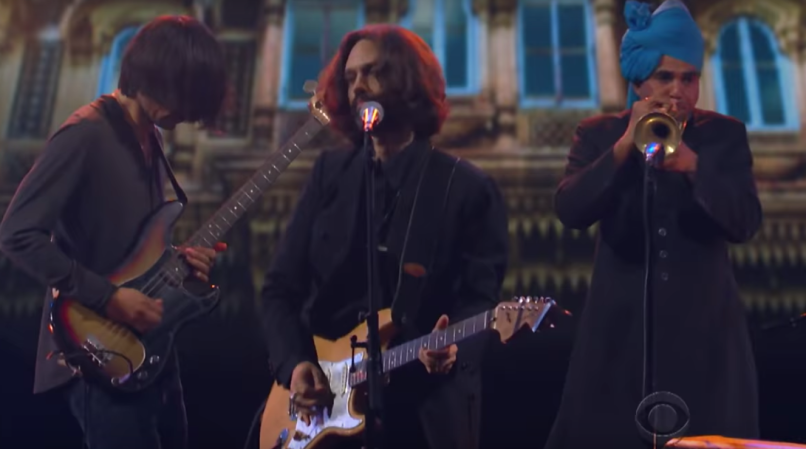 Jonny Greenwood is currently pulling double duty on Radiohead’s North American summer tour. Not only is he slinging guitar for the headliners, but Junun, his side-project with Israeli composer Shye Ben Tzur and the Indian ensemble The Rajasthan Express, is serving as the opening act. Last night, the group took a break from playing major venues across the country and took the stage at the Ed Sullivan Theatre for a performance on the Late Show with Stephen Colbert.

The band released their self-titled debut way back in 2015, but Monday night’s performance marked their first-ever late-night appearance. They performed the album’s title track, “Junun”, and you can check out the replay below.

If you couldn’t get tickets to see Junun live (along with, you know, Radiohead), you can check out Paul Thomas Anderson’s documentary about the making of their album.