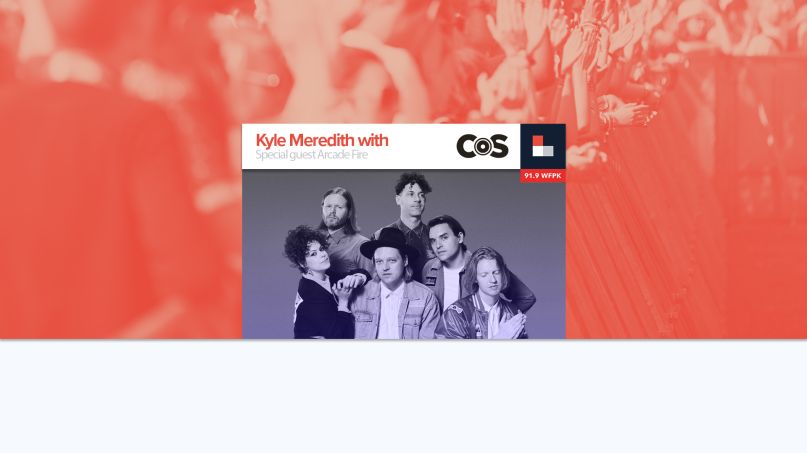 Arcade Fire’s Will Butler speaks with Kyle Meredith about “the disco town halls” he’s been hosting during the band’s latest North American tour. Butler, who recently earned a mid-career masters degree in public administration from Harvard’s Kennedy School, views the events as an opportunity to connect with local audiences on a personal and political level, with the goal of inspired activism and advocacy.

Butler also briefly touches on a possible solo LP in the future, the critical reception to Arcade Fire’s latest LP, Everything Now, and some sage advice given to the band by Bruce Springsteen.