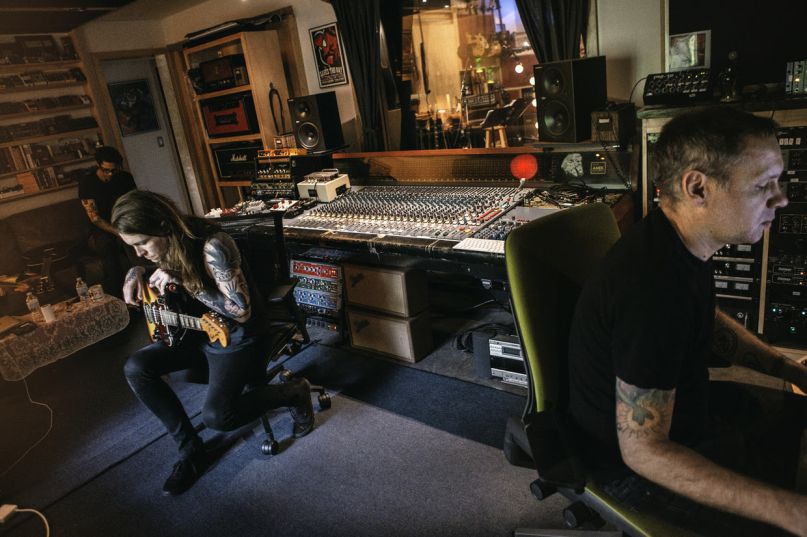 Against Me! frontwoman Laura Jane Grace is embarking on a brand new project. Called Laura Jane Grace & the Devouring Mothers, the outfit is planning on releasing its debut album this fall via Chicago’s Bloodshot Records.

The three-piece is comprised of associates of Against Me!, the long-running punk outfit for which Grace serves as singer and guitarist. Drummer Atom Willard also hits the skins for Against Me!, and has previously drummed with Rocket From the Crypt and The Offspring. Marc Jacob Hudson, who will be playing bass with the Devouring Mothers, is a recordist and mixer at Michigan record label Rancho Recorder, as well as the sound engineer for Against Me!.

“I’ve been a longtime fan of Bloodshot and the artists they work with,” Grace said in a press release. “Having spent the past year working on a record without knowing where its home was going to be, when I discovered that the Bloodshot offices were only a couple of blocks away from my apartment I went in and asked if they’d consider giving the songs a home. They were cool enough to hear me out and oblige. I couldn’t be more happy about the work we’re going to do together and sharing it with the world.”

Album details are scarce at the moment, but Grace has announced a handful of Devouring Mothers tour dates for this fall, including a three-week Chicago residency. Check them out below and stay tuned for more info.