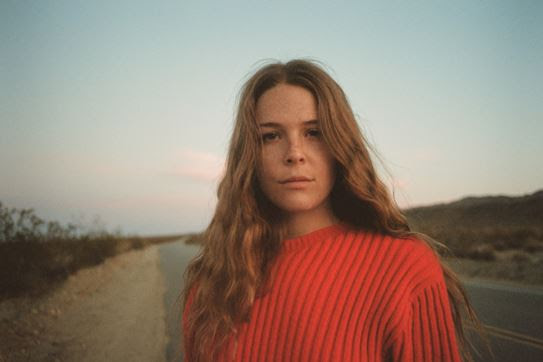 Maggie Rogers is quick to highlight the “wild two years” she’s had since the songs off her breakout EP, Now That the Light is Fading, earned the rising pop artist cosigns from the likes of Pharrell Williams and appearances alongside HAIM and Sharon Van Etten. Now, a few months after sharing new single “Fallingwater”, the Brooklyn songwriter has shared the second single from her forthcoming LP.

Backed by a rhythmic beat and buoyant backing vocals, “Give A Little” is a warmhearted slice of ’90s-era pop that explores the idea of new beginnings in a tumultuous culture. The cut was recorded at Echo Studios in Los Angeles with Grammy-winning producer Greg Kurstin (Adele, Foo Fighters) manning the boards. Hear it below.

In a statement on Twitter, Rogers said she wrote the song on the day of April’s National School Walkout in support of stricter gun laws. Inspired by the students, Rogers set out to write a song that envisioned a world that was “visionary, not reactionary.”

“This is a song about empathy,” she wrote. “In the midst of all this fear and hate, what if we got the chance to reintroduce ourselves? What if somebody listened?”

Read her full statement below.

Recently, Rogers was announced as a headliner of the All Things Go 2018 Fall Classic festival in Washington, DC this October. The bill also features Carly Rae Jepsen and Billie Eilish, with Saturday’s all-female lineup especially curated by Rogers herself.