Noel Gallagher, Wolf Alice, and Lily Allen are also in the running for UK's best album 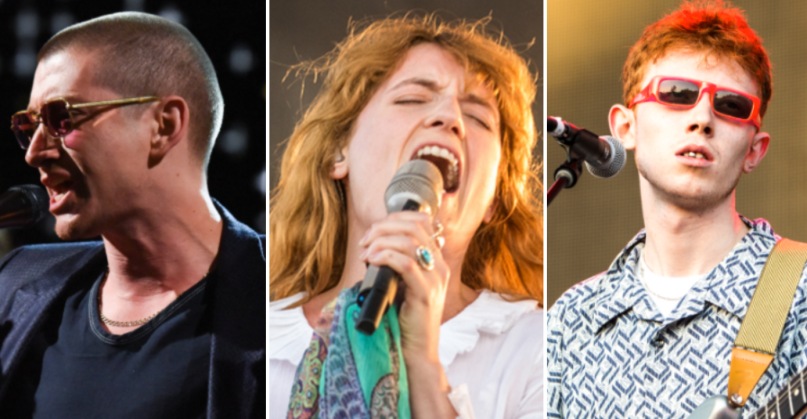 The Mercury Prize is given out every year by a panel of UK critics and industry figures to honor the best album from the United Kingdom and Ireland. Past recipients include Skepta, Arctic Monkeys, Pulp, PJ Harvey, Portishead, James Blake, and Primal Scream. Most recently, Sampha took home the honors, topping the likes of The xx and Ed Sheeran in the process.

The shortlist nominees for 2018 were announced today and include King Krule’s The Ooz, Arctic Monkeys’ Tranquility Base Hotel & Casino, Florence and the Machine’s High as Hope, Jorja Smith’s Lost and Found, and Wolf Alice’s Visions of a Life.

As The Guardian notes, this year also marks the first solo nomination for Noel Gallagher (Who Built the Moon?), though through his work in Oasis he was nominated twice before. Smith and King Krule are also seeing their first nominations, as are pop star Lily Allen (No Shame), grime act Novelist, and post-punk artist Nadine Shah.

The winner will be announced at London’s Eventim Apollo on September 20th.

Lily Allen – No Shame
Arctic Monkeys – Tranquility Base Hotel & Casino
Everything Everything – A Fever Dream
Everything Is Recorded – Everything Is Recorded
Florence + the Machine – High as Hope
Noel Gallagher’s High Flying Birds – Who Built the Moon?
King Krule – The Ooz
Novelist – Novelist Guy
Nadine Shah – Holiday Destination
Jorja Smith – Lost and Found
Sons of Kemet – Your Queen Is a Reptile
Wolf Alice – Visions of a Life