"At first, I was honestly very nervous because I had never interpreted metal" 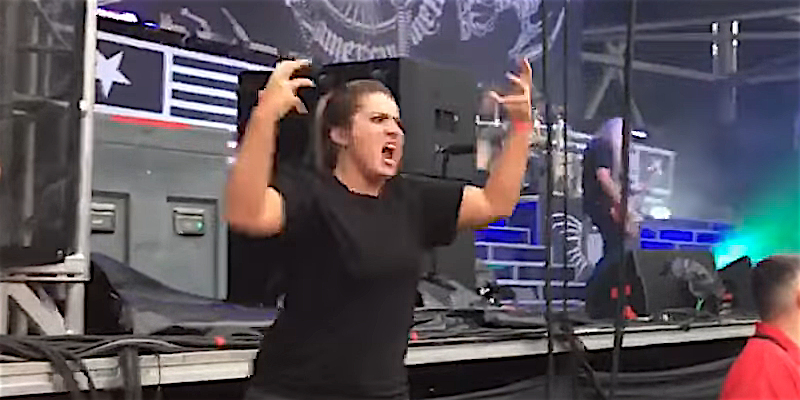 A viral video of the best sign language interpreter ever made the rounds in the metal circles last month, and now she has been embraced by the mainstream media.

Video captured at a June 20th concert showed a highly animated Lindsay Rothschild-Cross delivering the most epic sign language interpretation ever during Lamb of God’s set at Slayer’s headlining show in Austin, Texas. The fan-filmed Facebook clip has since garnered more than 850,000 views.

ABC’s Good Morning America caught up with Rothschild-Cross on Thursday, and it turns out she’s a high school teacher who loves hard rock and metal. “I grew up with Guns N’ Roses and Alice in Chains and Iron Maiden, and things like that,” she said.

However, even with her great taste in music, Rothschild-Cross wasn’t as confident going into the show as she would soon display. “At first, I was honestly very nervous because I had never interpreted metal,” Rothschild-Cross admitted, adding, “The key is you have to impersonate the singer. The meaning of the song is a lot of anger. I just took on that feeling of someone that has hurt me before.”

The song was Lamb of God’s “Ruin,” and the band’s frontman, Randy Blythe, had high praise for Rothschild-Cross in a statement he gave to ABC News.

“I am always extremely pleased when I see sign language interpreters at our shows, and the show in Austin was no exception,” Blythe said.

He added, “That day, there were several interpreters taking turns — they were all working hard and doing a great job, but Lindsay’s interpretation of our performance stood out to me enough that I hopped down off the stage and sang beside her for a bit.”

Check out ABC News’ report on Lindsay Rothschild-Cross below, followed by the original Facebook video that shows her delivering her incredibly awesome interpretation.

Previous Story
Ryan Adams was joined by Miley Cyrus in the studio
Next Story
Steven Tyler on rock star sex: “I felt like I had an obligation to keep that alive”
Popular
More Stories
[fu-upload-form form_layout="media" title="Submit Your Photo"][input type="hidden" name="ugc" value="1"][/fu-upload-form]