Singer-songwriter explains how it all came to fruition at last year's Le Guess Who? Festival 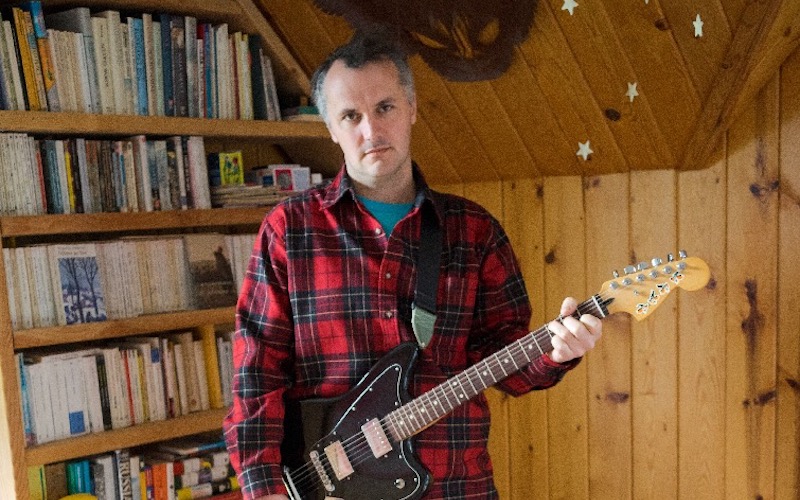 Mount Eerie’s Phil Elverum will release a double-vinyl live album this fall titled, After. In the latest episode of This Must Be the Gig, the Pacific Northwest singer-songwriter details the forthcoming collection to host Lior Phillips, namely how it was surreptitiously recorded during his critically acclaimed performance at last year’s Le Guess Who? Festival in Utrecht, Netherlands.

Update – August 14th: The double album, titled (after), is out on September 21st. Get more details here.

Here’s how it all happened:

“A recording emerged from that show, and I remember it being particularly good and huge. It was kind of the best show of that tour. I’m putting a live album of that. So, the recording turned out really good, which was strange because I don’t really like live albums and I don’t really want people to record my shows really.

I’m not uptight about it, but I really believe it should be a thing that happens and then it’s forgotten. Like it’s a thing that we’re all in the room together for, and so I did say, ‘No recording,’ but then somebody in the crew recorded it, either without them not knowing I didn’t want them to or just because, and I’m so glad they did because the show was so special and the sound was so good.

It was this huge cathedral, so it was epic sounding, but not too epic. It’s called After. That was one of the possible titles for A Crow Looked at Me. It seemed appropriate for this live album because it truly is a document of that strange in between space after the cataclysm, before things have settled … after a death or after an album. The live show.”

Phillips actually reviewed the performance for Consequence of Sound, writing, “From the first lines, tears permeated the pews, sniffling and strained breathing the norm throughout the remainder of the performance. Elverum, meanwhile, hung lightly on his toes, rarely wavering in his vocal tone and never missing a guitar strum, yet more fragile and considered than bold.”

Stay tuned for further details on the album. In the meantime, stream the full interview below in which Elverum also reflects on the impact of death, the value of heavy metal, and how his family owned a pet gorilla. It’s an incredible hour.