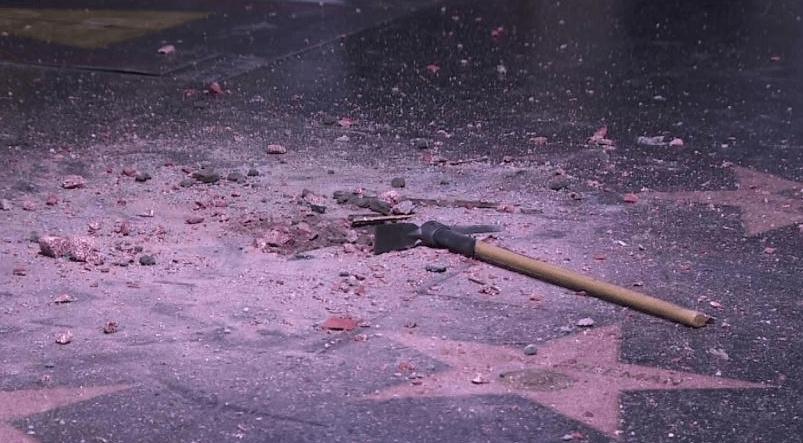 Donald Trump’s star on the Hollywood Walk of Fame has been destroyed a number of times since the former reality TV star became president. The latest incident occurred early Wednesday morning when a man pulled out a pickaxe from a guitar case and proceeded to smash the star to pieces.

Per The Hollywood Reporter, the alleged suspect is believed to have called police on himself, but left the scene before officers arrived. He was detained several hours later.

In 2016, a 53-year-old man named James Otis used a jackhammer to destroy Trump’s star. He later pleaded no contest to one felony of vandalism.

Update – July 26th: As it turns out, Otis posted bail for the alleged suspect, James Otis, following his arraignment on Wednesday.

BREAKING! President Trumps star on the Hollywood Walk of Fame was just destroyed. We're following up on #2NEWSAM. pic.twitter.com/qiad6yIMCn

So this just happened again… somebody used a pick axe to destroy Donald Trump's star on the Walk of Fame. Still trying to learn more, but we know it's been vandalized multiple times, just never on this level. @NBCLA ????: Victor Park/Loudlabs pic.twitter.com/lzq7YrsSRV