The Roots also joined in for the performance coming in support of Pusha's DAYTONA. 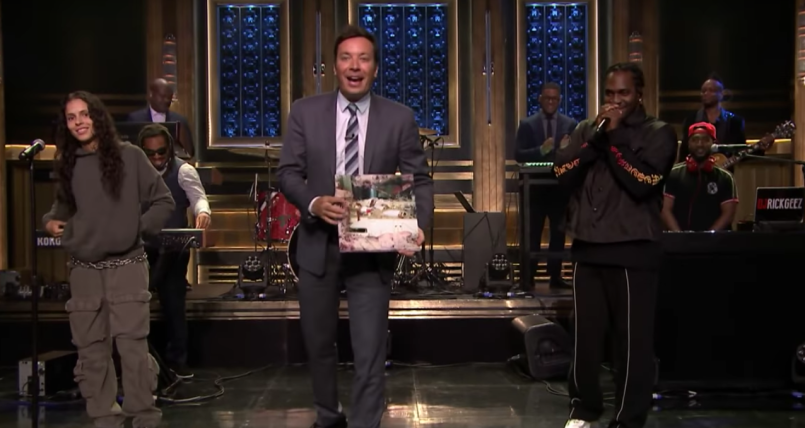 Pusha T and 070 Shake on Fallon

Pusha-T got a chance to support his superb new album, DAYTONA, with an appearance on Thursday’s edition of The Tonight Show. Accompanied by 070 Shake and The Roots, Pusha performed “Santeria”. Catch the replay below.

Ahead of last night’s performance, 070 Shake dropped a new solo single called “Accusations”. Next month, Pusha will hit the road in further promotion of DAYTONA.