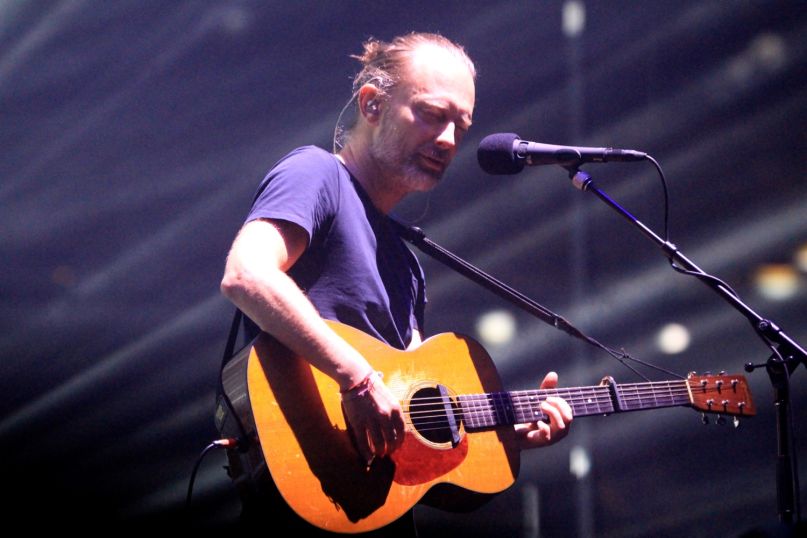 This evening, Radiohead returned to Toronto for the first time since the 2012 stage collapse that killed the band’s drum technician, Scott Johnson. Near the end of the concert, Radiohead held a moment of silence in Johnson’s honor.

In a brief speech prior to the moment of silence, frontman Thom Yorke voiced his anger over the government’s failure to prosecute the responsible parties. “Six years ago, we wanted to do a show in Toronto. The stage collapsed, killing one of our colleagues and friends. The people who should be held accountable, are not being held accountable. In your city. The silence is fucking deafening,” Yorke remarked.

Watch footage of Yorke’s remarks and the band’s tribute to Johnson below.

In 2013, the Ontario Ministry of Labour brought charges against the concert’s promoter Live Nation, a Toronto scaffolding company Optex Staging and Services, and engineer Domenic Cugliari under the province’s Occupational Health and Safety Act. However, after a series of delays in the case, an Ontario judge stayed the charges against each party in the case.

Ahead of Wednesday’s concert, Radiohead drummer Phil Selway appeared on BBC Newsnight to discuss the incident. “It’s very frustrating. The court case broke down on a technicality,” Selway said. “So there have been no real answers. Without the answers we can’t ensure that an accident like this can’t happen again.”