Who is America? premieres Sunday night on Showtime 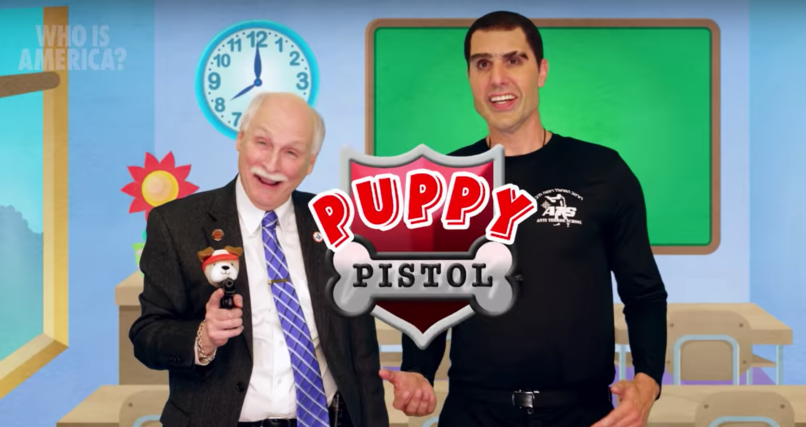 Sacha Baron Cohen's Who is America?

This evening, Sacha Baron Cohen makes his much-anticipated return to television with the premiere of his new Showtime series, Who is America?. Subscribers of Showtime can stream it early via the network’s website.

According to Variety, the first episode sees Cohen, in character as a former Israeli colonel named “Erran Morad”, traveling the US to learn about the country’s gun policy. The episode culminates with a scene in which a number of GOP congressmen, including Joe Wilson and Dana Rohrabacher, as well as former Senate Majority Leader Trent Lott, endorse Morad’s “Kinder-Guardians” program, which calls for the arming of three- and- four-year-old children with guns. Watch the extended clip below.

Stay tuned for more coverage of Who is America?, including our full review of episode one, to be posted tomorrow.