Sacha Baron Cohen, in character, responds to Sarah Palin: “I believe you’ve been hit by a bullshit grenade” 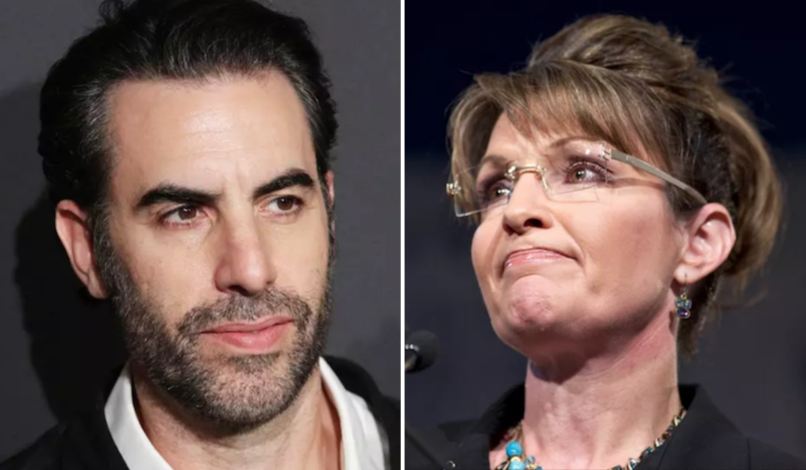 Earlier this week, Sarah Palin lashed out at Sacha Baron Cohen, saying the comedian had “duped” her into partaking in a “truly sick” prank interview for his upcoming Who is America? series. However, the man the former republican vice-presidential nominee really spoke to, a Dr. Billy Wayne Ruddick Jr., has shot back and demanded an apology.

Ruddick Jr. is the founder/CEO/accountant of Truthbrary.org, a right-wing website that publishes articles with titles like “Obama is a Kenyan”, “Hillary is Satanist Illuminati”, and “The Military has been Implanting Mind Controlled Neural Dust to remotely control their victims”. He’s also apparently one of Cohen’s new characters.

Now, in a letter posted to his three-month-old Twitter account, Dr. Ruddick has taken Palin to task for the lies she told in her Facebook post. “I did NOT say I was a War Vet,” reads the note. “I was in the service — not military, but United Parcel, and I only fought for my country once – when I shot a Mexican who came onto my property.”

Ruddick appears disappointed in Palin, a person he once admired “for TELLING THE TRUTH about Obama’s birth certificate and the location of Russia.” Now, he say  she’s been “hit by a bullshit grenade” and is “bleedin’ FAKE NEWS.” The letter ends with him stating, in call caps, “I DEMAND an APOLOGY.”

Read the entire post, which is addressed to “Vice-President Palin,” below. Who is America? debuts on Showtime July 15th at 10pm EST.