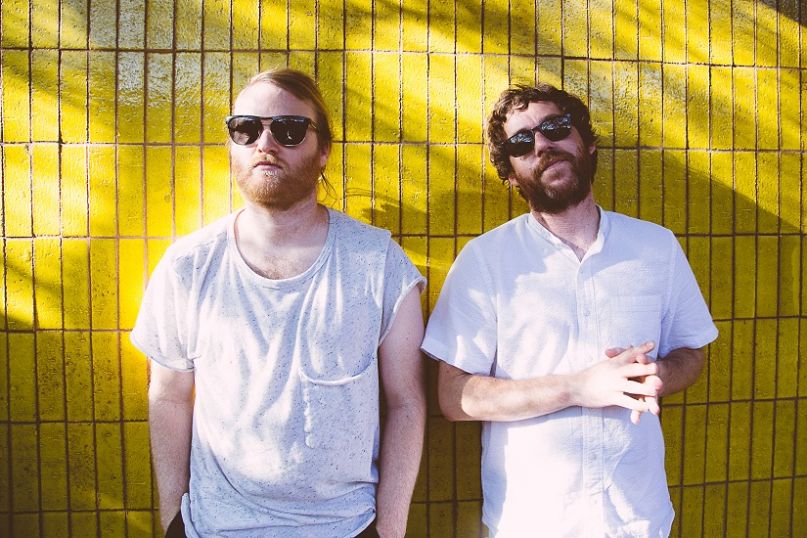 The Emmy Award-winning composers of Stranger Things — who between them make up have of Austin-based outfit S U R V I V E — have signed on to create the score for National Geographic’s Valley of the Boom.

Kyle Dixon and Michael Stein will create the sonic landscape for the limited series, which centers on the rapid growth and burst of the dot-com bubble. The collaboration was announced today at the Television Critics Association summer press tour, one of several ambitious announcements from FX’s sister network.

Valley of the Boom, which National Geographic describes as “an adrenaline-fueled ride through the culture of speculation, innovation and disruption during Silicon Valley’s unprecedented tech boom and subsequent bust in the 1990s,” stars Emmy-winner Bradley Whitford, Steve Zahn, and Lamorne Morris, blending scripted comedy and drama with elements of documentary. Director Matthew Carnahan serves as showrunner.

Of the remarkable score for Stranger Things, Consequence of Sound contributor Zack Ruskin had this to say: “These aren’t the sweeping orchestral gestures of E.T. composer John Williams, but something much more subtle, a voice in the walls whose words you can’t make out but whose message is nonetheless clear.”

No date is set for the release of Valley of the Boom, but National Geographic promises it will arrive this winter.

Revisit the title sequence to Stranger Things, soundtracked by S U R V I V E: