"I'm the One" collaborators reconnect for another potential summer hit 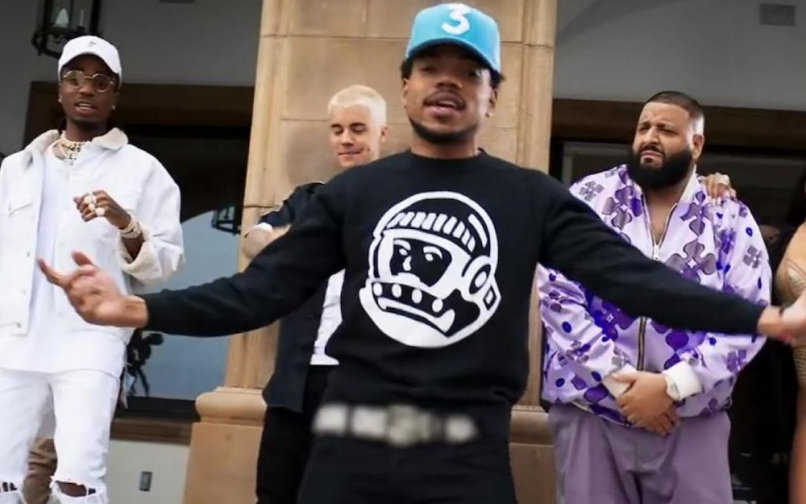 DJ Khaled has reconvened the dream team of Chance the Rapper, Justin Bieber and Quavo of Migos for a new single called “No Brainer”. The three musicians previously worked with DJ Khaled on “I’m the One”, which debuted at the top of the Billboard Hot 100 chart in May 2017 and went on to become a summer hit.

“No Brainer” is believed to be the first single off the superstar producer’s upcoming album, Father of Asahd. In its accompanying music video, DJ Khaled plays a director that’s heading up a project starring Bieber (who dances on a car and in front of a green screen), Chance (who’s hatless and lookin’ sharp in a blazer), and Quavo (who is a master painter-in-the-making). DJ Khaled’s son, Asahd, even makes a cameo.

The clip’s director is Boy in the Castle Productions’ Colin Tilley, known for his work on the visuals for DJ Khaled and Rihanna’s “Wild Thoughts” and the Grammy-nominated “Alright” from Kendrick Lamar. Watch it below.

DJ Khaled’s collaborators have also been busy as of late. Lil Chano just released four new songs, proposed to his longtime girlfriend, and purchased hometown news site Chicagoist. Bieber also has had luck in his love life, as he just proposed to Hailey Baldwin. Quavo and the rest of Migos were scheduled to hit the road with Drake in support of their latest record, Culture II, but that tour’s since been pushed back a few weeks.