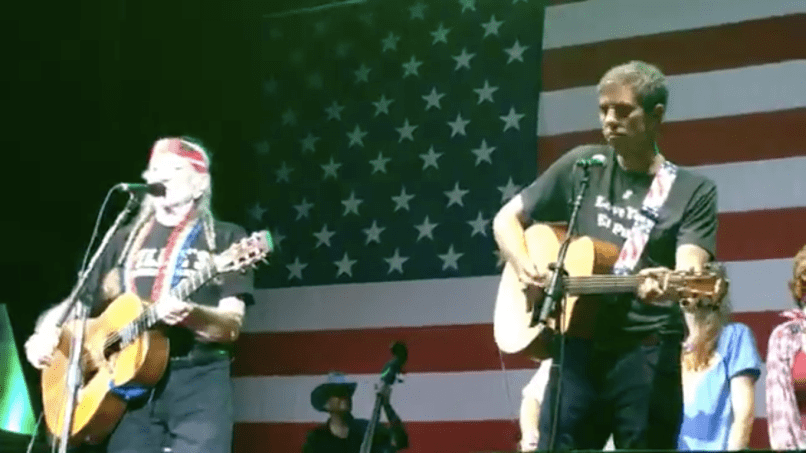 Beto O’Rourke, the progressive Texas congressman who’s looking to take over Ted Cruz’s Senate seat, joined Willie Nelson onstage last night in Austin, flexing some of the guitar skills he picked up from Cedric Bixler-Zavala so many years ago.

O’Rourke’s cameo came during Nelson’s headlining slot at the Willie Nelson Fourth of July Picnic, when he joined Margo Price, Asleep at the Wheel’s Ray Benson, and members of the Head and the Heart for a closing medley of “Will the Circle Be Unbroken” and “I’ll Fly Away”. Earlier in the night, O’Rourke introduced the festival’s climactic fireworks show.

So @BetoORourke not only stuck around to sing with @WillieNelson, he played guitar with him. pic.twitter.com/HZdod0WLqr

See some footage of O’Rourke playing with the gang below, but, more importantly if you’re a Texan, please get out and vote this fall.