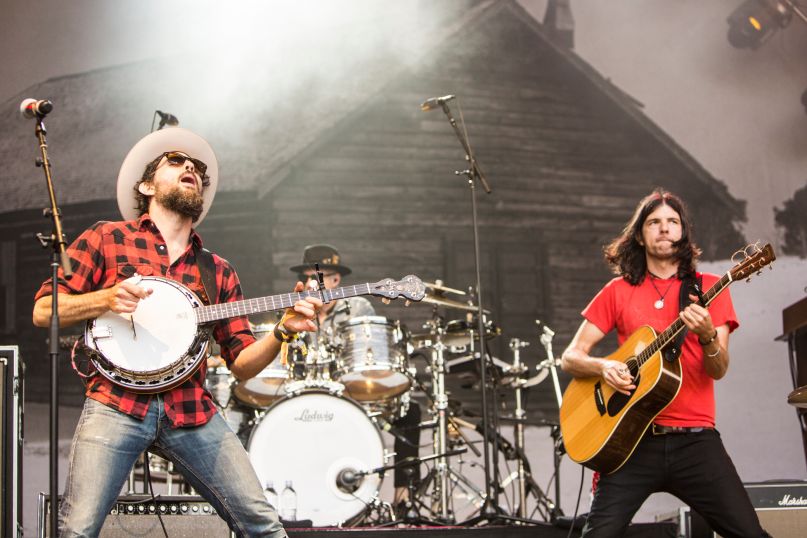 The Avett Brothers were forced to cancel their scheduled concert in Troutdale, Oregon after a man reportedly entered the venue with a gun.

According to a statement posted to the band’s website, the man was found to be carrying a gun while passing through the venue’s metal detector. He identified himself as an out-of-state police officer and presented venue security with a badge. The man apparently disregarded a request to wait for a manager and instead slipped inside the auditorium. After security officials failed to locate the man, The Avett Brothers decided to cancel the concert.

“Due to the obvious threat posed by someone in the audience with a firearm, regardless of his (unconfirmed) claim of being a member of law enforcement, we were obligated, for the safety of everyone present, to cancel the performance,” the band said in a statement. “It was unfortunate that such action had to be taken, but we have no regret in being in a position to make a decision which helps to keep our fans safe.”

The Avett Brothers plan to reschedule the concert “at the earliest possible juncture.”