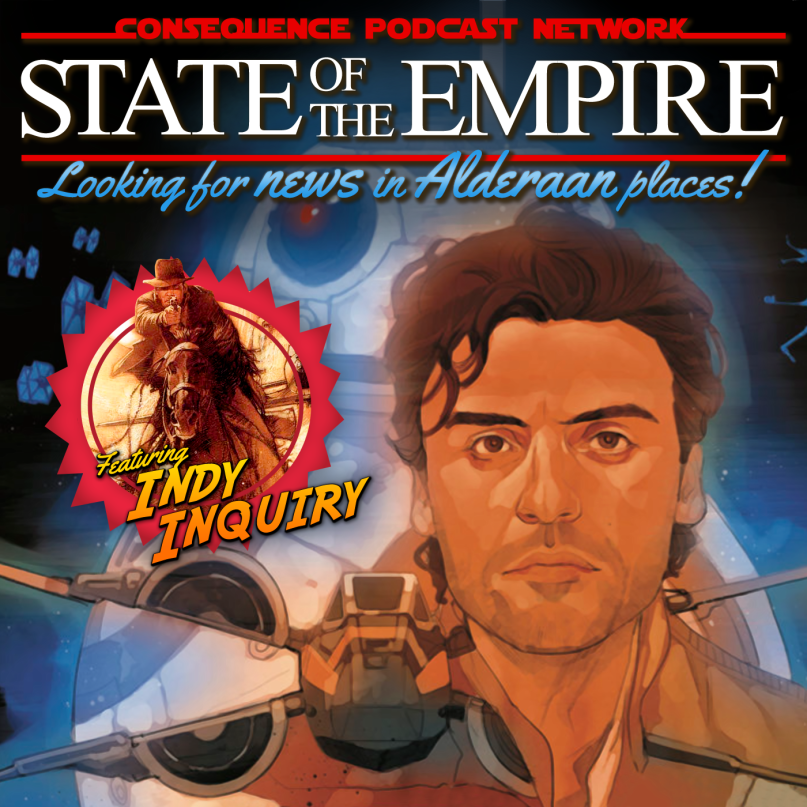 
To keep tabs on the ever-growing pop culture zeitgeist that is Star Wars, we bring you State of the Empire. Led by Art Director Cap Blackard, the series speculates on the future of the franchise and looks for news in Alderaan places.

The filming of the final movie in the Skywalker Saga is upon us, and with it is the cast announcement of all the old faces returning and new editions to galaxy far, far away. The results are more revealing that we’d expect – including two confirmed rumors, a Force ghost, a loose plot thread we didn’t think was gonna get tied up, and a surprise posthumous appearance of Carrie Fisher. Will any of our Episode IX theories come to pass, or will they just end up being a “story for another time?”

We’re excited for the forthcoming release of the new animated series Star Wars Resistance, and even have some leaked details to share, but we were floored at the recent announcement that The Clone Wars is coming back. It’s an episode of surprising returns, including another installment of Indy Inquiry, where we dredge up unused Indiana Jones scripts so we can guess where the series might head next. What parts of the Crystal Skull-heavy “Indiana Jones and the Saucermen From Mars” will make it into the next adventure? Will Gary Fisher be mo-capped for Episode IX? What previously-unknown Willow treasure did we find? Unlike Maz Kanata, we’re not gonna leave you hanging.