The Time Team will be back for the holidays 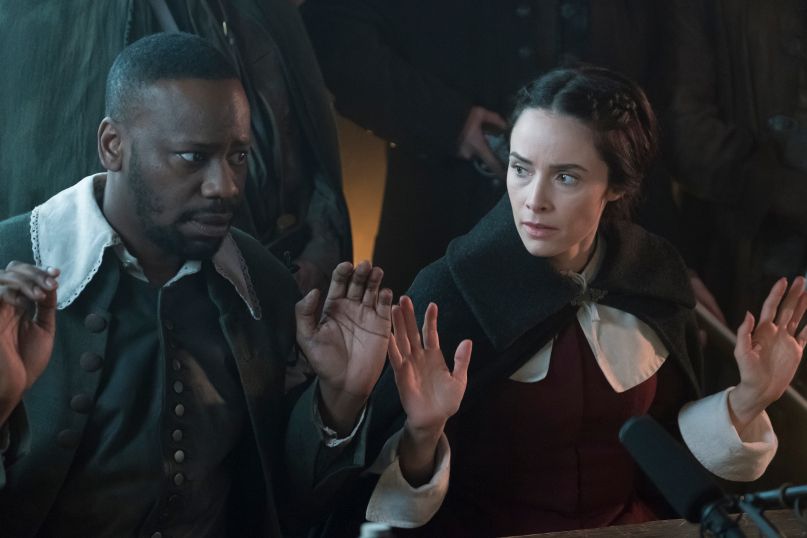 It seems like maybe somebody hopped in the mothership, went back in time, and meddled with the lives of some NBC executives, because the fate of Timeless has once again shifted. Today, NBC announced that it’s reviving the show for what’s likely to be a final time. The Hollywood Reporter reports that the network has ordered a “two-part series finale” that’s likely to take the form of a wrap-up TV movie.

In a joint statement, creators Shawn Ryan and Eric Kripke said, “While we wish we could’ve made another dozen seasons of Timeless, this is the next best thing… We’re thrilled to take the lifeboat out for one last spin and bring closure to our story. The studio, network, cast and crew are all doing this for one reason only: the fans. Because they deserve it. Because the fans made this happen and we thank them for their passion, support and helicopters. So? You guys want to get Rufus back or what?”

“Passion, support and helicopters” is right. Fans paid to fly banners over San Diego Comic Con (hence the helicopters), the most grandiose expression of support for the show that’s poured in from the corners of the internet. While ratings remained not-great, THR explains why the network and producing studio, Sony Pictures Television, keep coming back for more: “NBC is clearly aware of an appetite for Timeless outside of its soft 1.2 rating among adults 18-49 and 4.6 million viewers. What makes those modest live-plus numbers impressive, however, is what a great percentage of them come in after live viewings. The most recent season of Timeless improved 100 percent within a week of time-shifting.”

NBC Entertainment executive Lisa Katz said, “We’re excited to tell one final chapter to this incredible story… A huge thank you to all — our cast, crew, producers and partners at Sony — who have worked so very hard, and to the fans who kept us on our toes and made sure we did our very best week after week.”

The two-part finale is expected to air — and thus wrap up that amazing cliffhanger — around the holidays, so you’ve got plenty of time to catch up.

As previously reported, Netflix recently ruled out its own interest in reviving Timeless for another season.

Revisit a recent episode of TV Party dedicated to season two of Timeless.