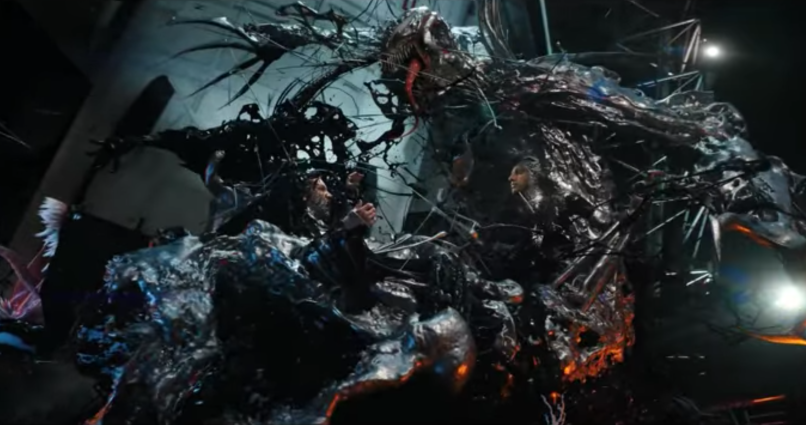 Back in April, we received a pretty extensive first look at Sony’s forthcoming Spider-Man spinoff, Venom. If you recall, the trailer promised a total Tom Hardy vehicle, one that would have him doing all sorts of voices while also allowing him to be the brute badass he is by blood. You know, something he’s proven sufficient at in the past.

Two weeks ago, Sony dropped another trailer during their Friday night panel at San Diego’s Comic-Con, and lo and behold, we finally have it for ourselves. As expected, it’s a brutal upgrade, teasing all sorts of symbiote action, namely the titular anti-hero’s surreal ability to form vicious weapons like the T-1000. Yikes. Watch below.

Directed by Ruben Fleischer (Zombieland), the film stars Hardy as Eddie Brock, a disgraced journalist who comes into contact with an alien symbiote during an investigation, turning him into the titular force. Joining the Mad Max hunk is a who’s who A-list cast that includes Michelle Williams, Jenny Slate, Riz Ahmed, and Woody Harrelson. No, Tom Holland’s Spider-Man does not appear in this movie.

Venom slides into theaters on October 5th, tipping off Sony’s own Spider-Man-centric Marvel Universe. Future films in the works include Silver and Black (about Silver Sable and Black Cat), Nightwatch, and Morbius: The Living Vampire.