Oh, and a couple news songs from a Beatle ... no big deal 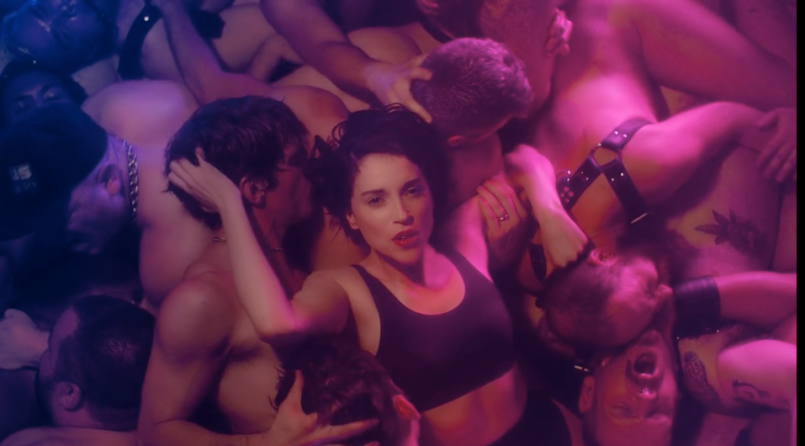 The first official month of summer has come with new music releases that are as fresh, fun, and long-awaited as the season itself. Highly anticipated albums made their debuts, singles that give us a taste of albums coming later in the summer were dropped, and a certain someone by the name of Paul McCartney shared new work as well. With living legends, chart-toppers, and new favorites all releasing what can only be described as standout tracks, June gave us a hell of a lot to listen to.

Here’s what we had on repeat this month.

There hasn’t been a lot of pure R&B on the radio for a while. Artists like SZA are changing things for the better, but Teyana Taylor has taken this renewal of soul to new heights with her Kanye West-produced sophomore album, K.T.S.E., on which the song “Gonna Love Me” is a clear standout. Taylor’s soulful voice evokes emotion in a way that makes her music reminiscent of greats like Jasmine Sullivan and Lauryn Hill, carrying her words straight to a listener’s heart from the moment they hear them. The singer is definitely one to watch and listen for, bringing back the old-school groove in a day where we need it most. –Clara Scott

Release: From Hello Phantom, out now

After its BBC Radio 1 premiere, it was undeniable that Gold Key’s “Mechanical World” is nothing short of its own giant. In what is the band’s second single to follow up the release of their 2017 LP, Hello Phantom, Gold Key excels in creating a gritty and Goliathan soundscape that is simultaneously peppered with strategic moments of subtlety. The tonal contrast between the two pairs well with the track’s overarching theme of societal critique, creating a wholly sophisticated rock song that will hit listeners in the epicenter of their core. “Mechanical World” makes it strikingly apparent that Gold Key is, with certainty, an artist to watch. –Lindsay Teske

Release: From Kids See Ghosts, out via G.O.O.D. Music

This collaborative track from Kanye West and Kid Cudi’s joint album, Kids See Ghosts, is as light and easy as its title. Containing a central theme of transcending troubles and starting afresh, the track acts as an auditory oasis in what is otherwise a more lyrically loaded album. Above all else, “Reborn” embodies a mutual strength between West and Cudi and the ability to produce a track with an addictive beat that simultaneously catalyzes thought. –Lindsay Teske

Release: From Be the Cowboy, out August 17th via Dead Oceans

“Nobody” makes it easy to understand why Iggy Pop recently dubbed Mitski “the most advanced American songwriter” that he knows. The track, which is from her forthcoming album, Be the Cowboy, exudes sheer vibrancy and funk – a sound that Mitski craftily juxtaposes with somber, poignant lyrics. “Nobody” tactfully adds layers in sonic and lyrical depth as it progresses, thus resulting in a final product that serves as a nuanced and innovative union of fun and introspection. –Lindsay Teske

Release: From Egypt Station, out September 7th via UMG

At a fresh 76, Sir Paul McCartney has earned the right to take victory laps: playing his hits to throngs this summer, singing Beatles karaoke with James Corden, and doing whatever it is Sirs generally do. But Macca just won’t stop, and his two June singles, “Come on to Me” and “I Don’t Know”, remind us that a) there’s no rule that says you have to slow down and b) the man can still write a killer tune. Just try listening to “I Don’t Know” without tapping along to that piano melody or feeling a bit teary when McCartney promises, “It’s alright, sleep tight/ I will take the strain/ You’re fine, love of mine/ You will feel no pain.” At an age when most musicians are content to take stock in what they’ve done, McCartney instead continues to do what he’s always done: find a way to give us a nudge or a shoulder. –Matt Melis

Release: From Everything Is Love, out via Roc Nation and Parkwood

There is nothing more I can say than to state that Beyoncé and Jay-Z are American royalty, in every sense of the word. The Carters dropped a surprise album titled Everything Is Love earlier this month, and audiences went wild. This is no doubt the most brash and open effort between the two, and the lead single, “Apeshit”, shows this in spades. The song, accompanied by a lush and palatial music video, details the success, happiness, and luxury of The Carters’ lives while celebrating how far they have come, a rap and hip-hop masterpiece that you can both dance and think to anytime. They can truly do no wrong. –Clara Scott

Release: From High as Hope, out via Universal

Leave it to Florence Welch to craft an utterly compelling and grandiose ballad from the seemingly small and trivial — in this case, the sensation of being “ghosted” via text message. “Big God”, a standout track from Florence + the Machine’s new album, High as Hope, effortlessly captures the sensation of internal emptiness that’s invoked by disconnection. The band’s natural sonic abilities are fleshed out through guest appearances from Kamasi Washington and Jamie xx, who add their own creative footprint to the track without detracting from Welch’s gripping vocal performance. Simply put, “Big God” is a track that’s hard to forget. –Lindsay Teske

Release: From ye, out via G.O.O.D. Music

“Ghost Town” has become one of the most recognizable tracks from Kanye West’s new solo album, ye, and this is in no small part due to its enriching collaborative component. West assembled an all-star roster of guest artists to join him on the track, including Tame Impala’s Kevin Parker, PARTYNEXTDOOR, 070 Shake, John Legend, and Kid Cudi. Together, each artist’s stylistic flair effortlessly melds into a delectable musical cocktail. There may be many cooks in the kitchen, but they came together and created a feast. –Lindsay Teske

Release: From Heaven and Earth, out via Young Turks

“Fists of Fury” comes as one of many lush soundscapes on Kamasi Washington’s sophomore LP, Heaven and Earth, a brooding groove which twists and turns through choral and trumpet interludes to tell an instrumental story. Washington is a veritable magician when it comes to his craft, a virtuoso saxophonist in his own right and incredible composer, bringing sound to life through a mix of vocal, percussive, and horn arrangements. The musician is transcendent on this record, every song more cinematic than the last and a must-listen for any music lover. –Clara Scott

“Fast Slow Disco” would have easily been the best track on St. Vincent’s 2017 album, MASSEDUCTION. It’s a sped-up version of already-existing tune “Slow Disco”, and while technically similar, it sounds completely different. “Fast Slow Disco” is a dance anthem, accompanied by a music video depicting Anne Clark among hundreds of men in a gay club, a disco frenzy of glitter and love that mirrors the song’s elation. The song is a standout in St. Vincent’s catalog, a pure dance track that everyone can jam out to, everywhere from in the bedroom to an underground club. –Clara Scott