Plus, the Scottish post-punk outfit announces an international tour 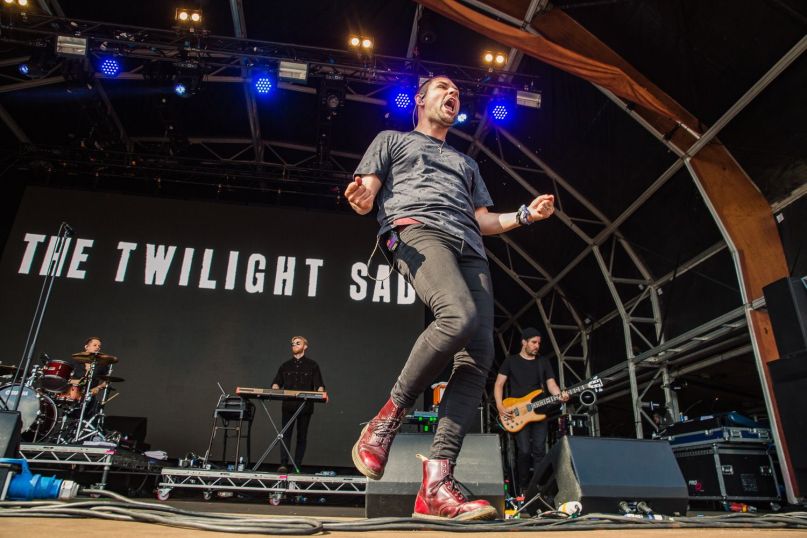 Since releasing 2014’s Nobody Wants to Be Here and Nobody Wants to Leave, The Twilight Sad toured extensively with The Cure, bid adieu to longtime drummer Mark Devine, and signed to Mogwai’s Rock Action Records. Now, the Scottish trio is back with a new song, “I/m Not Here [missing face]”, and a slew of North American and European tour dates.

The track, which was born from the same “chord shapes” as Erik Satie’s “Ogives”, boasts one of the post-punk outfit’s most infectious choruses yet, with frontman James Graham repeatedly declaring “I don’t want to be around you anymore” against a wash of spooky synths and driving percussion. In a press statement, Graham describes the song as being “about my ongoing battle with not liking myself, trying to be a good person but constantly feeling like I’m failing myself and everyone I care about.” Yep, sounds about right for a Twilight Sad track.

The band’s Andy MacFarlane hints at Devine’s departure when speaking of the upcoming tour. “I’m really excited to start playing again. I’ve got the drive and I want us to get back out there and do it from a new perspective. We all enjoy playing, we need to rehearse these songs with a new drummer… but it’s all such uncharted territory, l think that’s why it’s exciting to me. I can’t tell exactly what’s going to happen. I like that chaotic side of it.”

Below, check out the song and the band’s full tour itinerary for this fall.