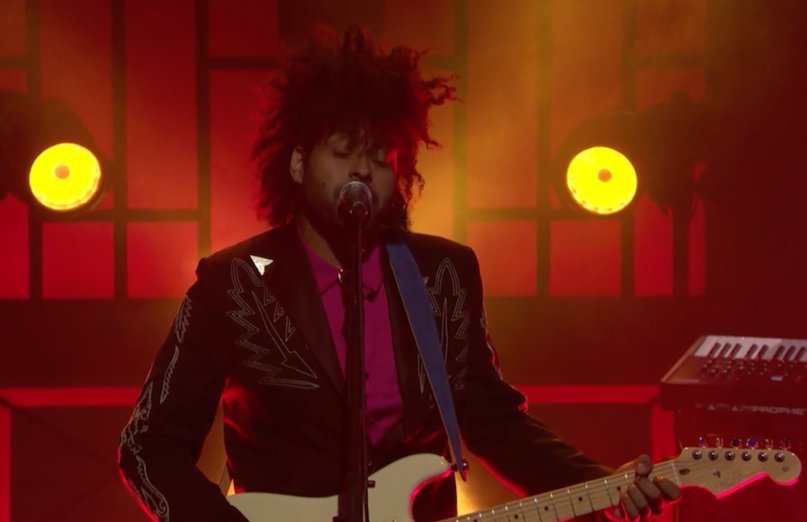 The last time Twin Shadow appeared on television, it wasn’t even in support of his own music. George Lewis Jr. joined alt-J on Colbert last month to debut a new version of that band’s “In Cold Blood” which also featured a verse from Pusha-T. On Tuesday night, he Lewis Jr. returned to late night, this time to play some of his own Twin Shadow music.

Supporting his latest album, Caer, he performed the single “Saturdays”. Though HAIM, who co-wrote the song and appear on the studio version, weren’t on hand, Lewis Jr. and his band still delivered a knock out rendition of the song, complete with a backdrop of smoldering, smoky lights. Check out the replay below.

Twin Shadow will hit the road to tour behind Caer come August. Included on the docket are stops at Brooklyn’s AfroPunk, Austin City Limits Music Festival, and Atlanta’s Music Midtown.