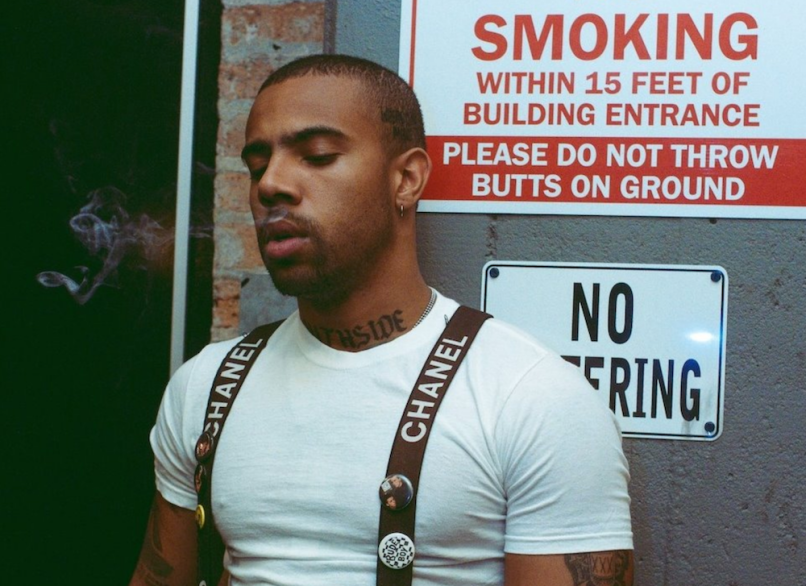 Yesterday, Vic Mensa dropped some guest verses on “We Don’t Need You”, the latest single from Rage Against the Machine’s Tom Morello. The Chicago rapper is back today, but looking to take up the spotlight for himself with a new solo song called “Metaphysical”.

Featuring production helmed by Papi Beatz and Stefan Ponce, the track is about a woman Mensa’s got his eye on and how it’s difficult to articulate his feelings for her. “Can you wait for me, baby?/ You the only one on my mind,” he requests in the opening seconds. “I can’t even explain… It’s something metaphysical.”

“This is a song about desire,” Mensa shared in a press release. “Admiration. Respect. Uncertainty. Surrender. Musically it’s African, tribal. My father is Ghanian so I’ve wanted to take it there for a long time. I got Stefan Ponce who did ‘Down On My Luck’ for me & Papi Beatz and just spoke my truth into song.” Tapping further into his African Roots, Mensa commissioned artist Bianca Pastel for the single’s artwork, which draws influence from the album art of Fela Kuti’s Expensive Shit.

This year, Mensa has also let loose tracks including “10K Problems”, “Dim Sum” with Valee, and “Reverse”, his collaboration with Marshmello and G-Eazy. His last-full length, The Autobiography, was one of the best of 2017.