Get your fill of Korn -- and corn! 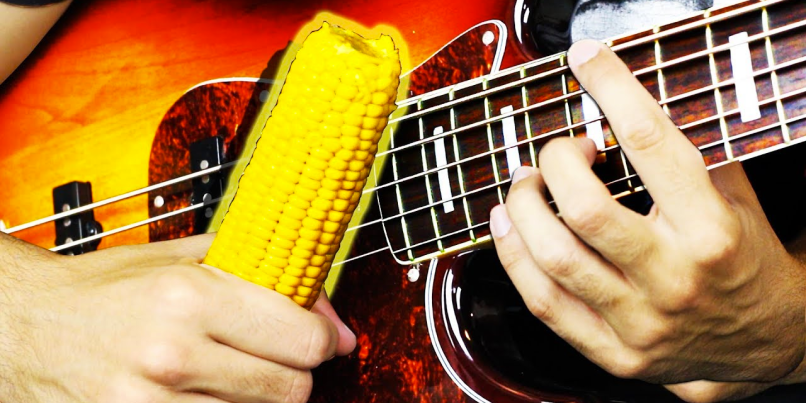 Other than this lead sentence, here’s the corniest — or should we say, Korniest — yet most impressive thing you’ll see on the internet today. Yes, it’s a Korn medley played using a cob of corn and popcorn!

Apparently, YouTuber Davie504, who has a popular channel with more than 1.6 million subscribers, was challenged by one of his fans to “play Korn with corn.”

In response, he posted an ingenious video in which he plays bass and drums using a cob of corn, while also playing guitar using a popcorn lernel as a pick.

The medley starts out with “Freak on a Leash” and also features Davie504’s unique take on “Here to Stay”, “Falling Away From Me” and “Coming Undone”.

If the “Korn Played With Corn” video below has you craving for more, Davie504’s past videos include Metallica’s “Master of Puppets,” performed with finger puppets, and Red Hot Chili Peppers played with, you guessed it, red hot chili peppers.