Zombieland 2, featuring the original cast, is officially on the way

Emma Stone, Woody Harrelson, Jesse Eisenberg, and Abigail Breslin will all return for the project, as will director Ruben Fleischer 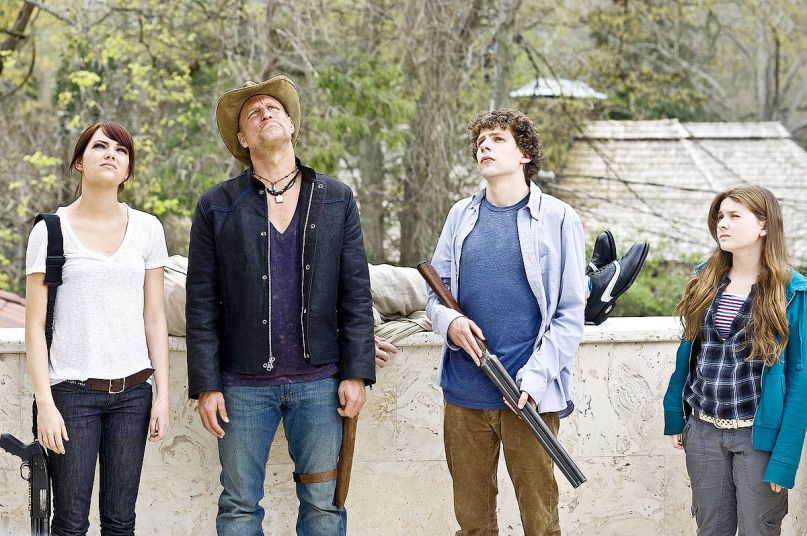 It’s official: a sequel to Zombieland, featuring the film’s original cast, is moving forward at Sony.

Emma Stone, Woody Harrelson, Jesse Eisenberg, and Abigail Breslin will all return for the project, as will Ruben Fleischer, who directed the first film. Also returning are the film’s original screenwriters, Paul Wernick and Rhett Reese.

Production on Zombieland 2 is scheduled to begin in January with an eye toward an October 2019 release to coincide with the 10th anniversary of the first film.

According to The Hollywood Reporter, the sequel “will once again put the focus on comic mayhem, taking the quartet from the White House to the American heartland as they face off against new kinds of zombies that have evolved since the first movie, as well as some new human survivors. But, most of all, according to the studio, they have to face the growing pains of their own snarky, makeshift family.”

Wernick and Reese had been pushing for a sequel since 2016 and, despite no firm commitment from the studio, went ahead and wrote a script. In a 2017 interview, Wernick said Sony was trying to figure out a financial model that made sense for the studio while also accounting for the steep pay raises required for Stone, Eisenberg, and Breslin. The first Zombieland cost under $24 million to make, but given the subsequent success of the film’s young stars — all three have been nominated for Oscars, with Stone winning in 2016 for her performance in La La Land — a much larger budget was required.

“This is one of those projects that fans have wanted to see happen for a long time – and no one wanted to see it happen more than Emma, Woody, Jesse, and Abigail,” said Columbia Pictures president Sanford Panitch in a statement. “These are some of the most in-demand actors and I think they are making this movie because they love these characters. We are thrilled Ruben was willing to come back to direct the sequel, as his work on Venom has been truly amazing.”