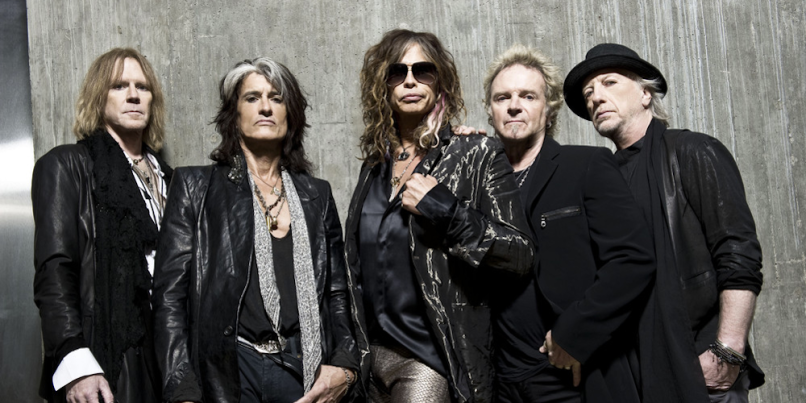 Aerosmith are the latest legendary act heading to Sin City for a residency, with the official announcement today (August 15th) that the Rock and Roll Hall of Fame band will play at least 18 shows at the Park Theater at the Park MGM resort in 2019 (see the dates below).

The residency has been dubbed “Aerosmith: Deuces Are Wild”, and it will be produced by Giles Martin, who is known for creative efforts on the popular Vegas show “The Beatles LOVE by Cirque du Soleil”.

According to a press release, the show is set to feature “never-seen-before visuals and audio from Aerosmith recording sessions” as well as “one of the most immersive, state-of-the art audio and video technology experiences in Las Vegas.”

Tickets for the residency go on sale to the general public on Friday, August 24th via Ticketmaster, but a pre-sale will start tomorrow (August 16th) for members of the band’s Aero Force One fan club. Citi cardmembers will also be able to purchase tickets on Monday (August 24th) through the Citi Private Pass program. You can also grab them via StubHub.

While we await more details on the stage set, we can only hope that the dilapidated Aerosmith tour van that was recently discovered in the woods by the hosts of American Pickers makes an appearance.

In conjunction with the announcement, Aerosmith appeared on NBC’s Today show this morning, where guitarist Joe Perry said of the residency, “We want to bring a show that still has Aerosmith and all the guts of Aerosmith, but has a whole other element that we’ve never been able to do before.” The band will stop by The Tonight Show Starring Jimmy Fallon tomorrow night.