"Come to the show if you want an intimate experience" 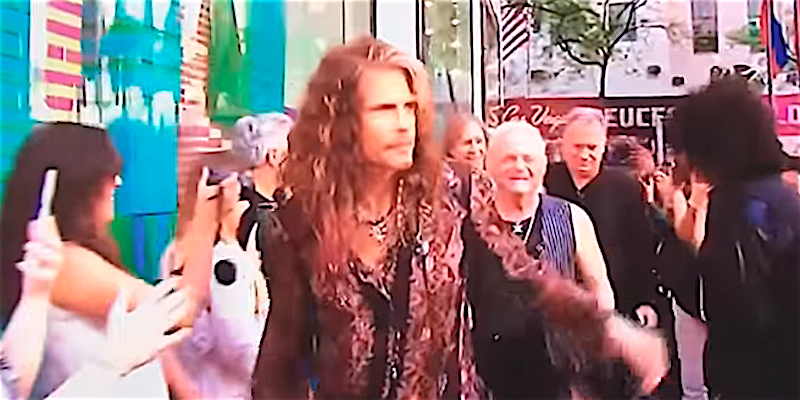 He may have made love in an elevator, but that does not mean that Steven Tyler doesn’t need his space. The Aerosmith frontman was damn-near assaulted by a selfie-taking fan during the band’s appearance on NBC’s Today show this morning, and the legendary rocker promptly shoved the overzealous young man away.

Tyler and his bandmates were making their way through the crowd for their interview and performance, giving high fives, when a dude jumped out in front of the singer and aggressively put his arm around his neck to take a selfie. The rocker ducked under the fan’s arm and pushed him away, as seen in the Twitter video below:

Seeing the Tweet, which claimed that Steven Tyler “has a no touch/selfie policy,” Tyler himself responded, saying, “No time, bro-this is LIVE TELEVISION! Come to the show if you want an intimate experience.”

The intimate experience Tyler was referring to was Aerosmith’s 2019 Las Vegas residency, which we reported on earlier today. The band has booked 18 shows at the Park Theater at the Park MGM resort, beginning in April. A longer version of the selfie incident can be seen in the YouTube video below.