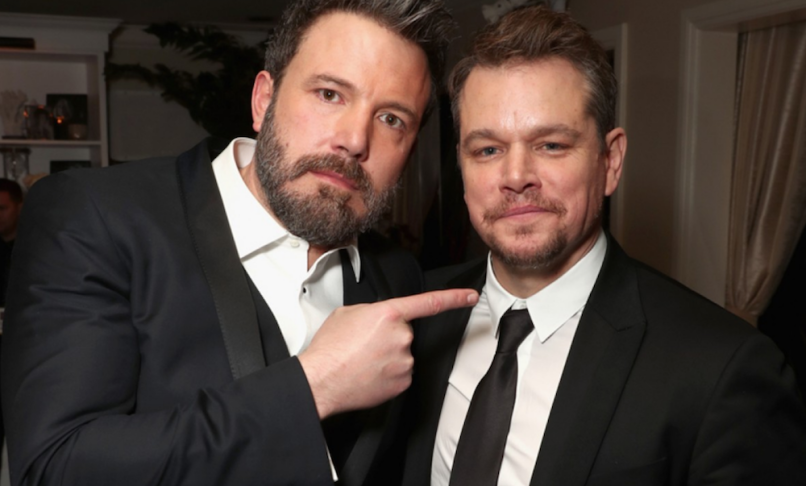 Pearl Street producers and best buds Ben Affleck and Matt Damon are currently developing a new film about McDonald’s Monopoly promotion, as Deadline reports. While it’s rather delightful to imagine the two scarfing down countless Big Macs in search of the winning pieces, the project is actually going to be based on a true story about an ex-cop who managed to rig the game in his favor and scam the fast food chain out of $24 million.

The story was first documented in a report from The Daily Beast just last weekend. It centers around former police officer Jerome Jacobson and the way in which he was able to manipulate McDonald’s Monopoly game for 12 whole years beginning in 1989. Jacobson worked as a security guard at the printing business responsible for providing the game to McDonald’s and thus took advantage of his access to the rare winning pieces. For those unfamiliar, the everyday customer’s chance of winning the $1 million grand prize is about 1 in 250 million. Through the scam, it was reported that one family associated with Jacobson was able to snag not one, not two, but three million-dollar prizes.

Affleck is set to direct the new film, while Damon will portray Jacobson. Fox scored the rights to The Daily Beast’s “How an Ex-Cop Rigged McDonald’s Monopoly Game and Stole Millions” story, beating out the likes of Universal, Netflix, and Warner, who each envisioned a different actor in the Jacobson role — Kevin Hart, Robert Downey Jr., and Steve Carrell, respectively. Deadpool writers Paul Wernick and Rhett Reese have been tapped to pen the script.

Affleck and Damon are also currently working together on the Showtime series City on a Hill.