Death Cab for Cutie Fall Flat on Thank You for Today 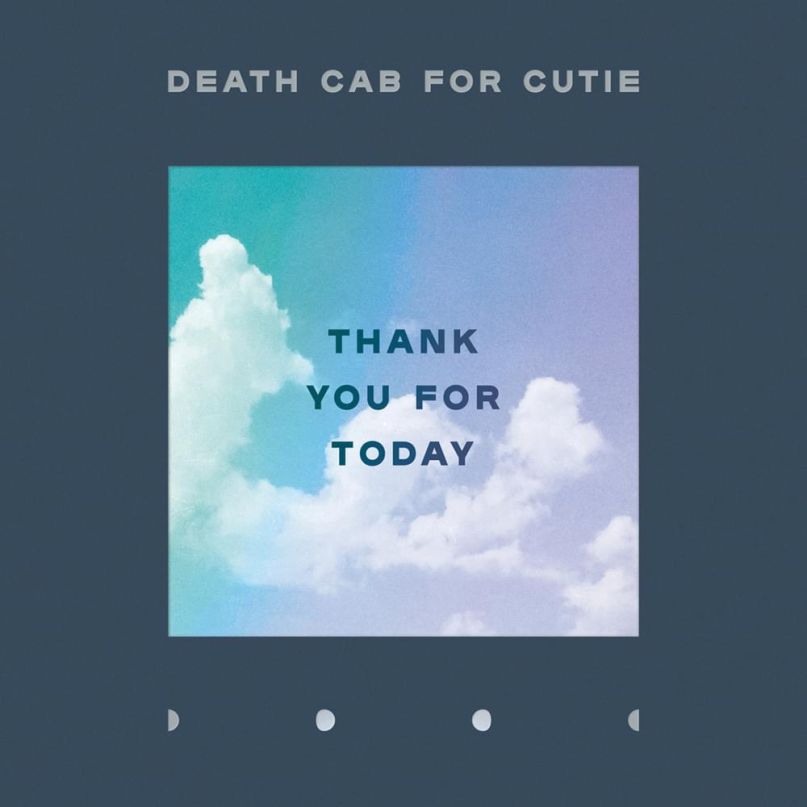 The Lowdown: Twenty years after their debut record, Something About Airplanes, heralded them as one of the approaching millennium’s bands to watch, Death Cab for Cutie uses their ninth album as a sonically smooth mid-life meditation on relationships, aging, and the fact that no one with less money than them can actually afford to live in Seattle anymore.

The Good: Ben Gibbard has survived on a major label long enough to know how to deliver at least a couple crowd-pleasers per record; here, those will likely be the melancholy “Summer Years” and the oversaturated “Autumn Love”, whose just-add-water riff seems destined to appear in an acorn-themed Target commercial or over a shot of a Hyundai Elantra driving through a yellowing orchard. “Northern Lights” is also mostly a winner, thanks in large part to a vocal cameo from CHVRCHES’ Lauren Mayberry.

The Bad: This is the first record without any contributions or production work from former member Chris Walla, and it shows. Producer Rich Costey’s slick but listless production often saps even the best songs of their power, and his misuse of Gibbard’s voice results in songs where it’s obscured by digital stuffiness (“Summer Years”) or left exposed to the elements (the swirling shoegaze-lite of “When We Drive”). Gibbard shows flashes of topicality with the gentrification-themed “Gold Rush” and “You Moved Away”, but backs it up with detail-free lyrics that leave the songs adrift and ineffective. Among those lyrics are serious woofers: if the line “You used to be such a delicate kid/ A lonely fish in a sea full of squid” in “Hurricane” doesn’t stop you cold, the clanging awkwardness of “You mopped the floors and filled the cracks/ To get your security deposit back” in “You Moved Away” will finish the jobs just a few tracks later.

The Verdict: On the first Death Cab record of his 40s, Ben Gibbard has lofty goals and modest results. Without the will or ability to eschew generalities for details, he leaves his anti-gentrification songs undercooked and his middle-aged musings feeling perfunctory and safe. Less put-together than Kintsugi or audacious than Codes & Keys, Thank You for Today is Death Cab for Cutie’s weakest album of the decade and either a transition towards something greater or the first harbinger of creative decline. Until they can access the depth of Seattle peers like Damien Jurado or the fierceness of next-generation bands like Tacocat, they seem destined to go the way of the nostalgia act and spend their 40s trying to recapture what made their 20s so great rather than serving as a guiding force in the musical conversations to come.