Are Brian Johnson and Phil Rudd back in AC/DC? 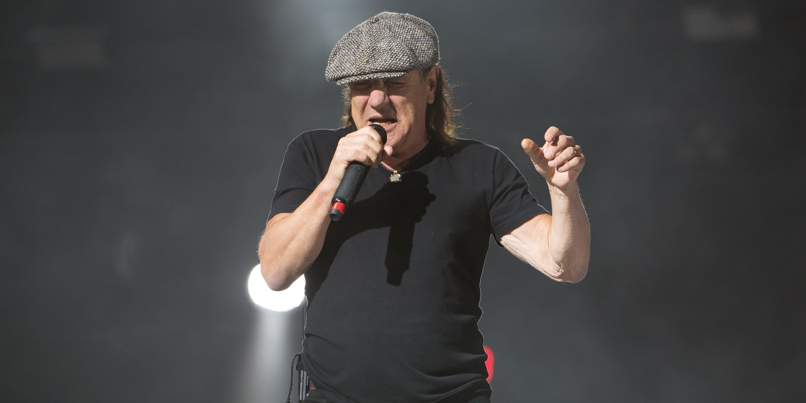 It had appeared that AC/DC were down to one original member, with lead guitarist Angus Young being the last man standing. Now, a new photo along with reports out of Vancouver suggest that the Rock and Roll Hall of Fame band is welcoming back a couple of classic members.

It’s been a rough road for AC/DC over the past few years. Guitarist Malcolm Young left the band in 2014 due to health reasons. It was later revealed that he was battling dementia, and sadly he passed away last year at the age of 64. Stevie Young, nephew of Angus and Malcolm, stepped in as rhythm guitarist for the band.

Despite playing on AC/DC’s last album, 2014’s Rock or Bust, longtime drummer Phil Rudd became embroiled in serious legal issues in New Zealand, and never toured with the band in support of the album. He was replaced by Chris Slade, who had a previous stint in AC/DC.

In 2016, vocalist Brian Johnson was forced to stop touring with AC/DC at risk of suffering permanent hearing loss. He was famously replaced by Guns N’ Roses singer Axl Rose, who helped AC/DC finish out their “Rock or Bust Tour” that year.

And, on top of all that, bassist Cliff Williams announced he was retiring from the band once the “Rock or Bust Tour” ended in September 2016.

Now, a new photo out of Vancouver, where AC/DC have recorded before, shows Johnson and Rudd holding coffee mugs outside the door of a recording studio. The picture was supplied by a resident to the local newspaper Georgia Strait, which had reported a few days earlier that it had spotted Stevie Young in the area, as well. Update – August 9th: A second photo has surfaced showing Angus Young and Stevie Young outside the same recording studio.

While there’s no official word from the band’s camp, it does appear that something big is going on in the AC/DC universe. Stay tuned to this developing story.