Yet another show-stopping tribute from the young pop star 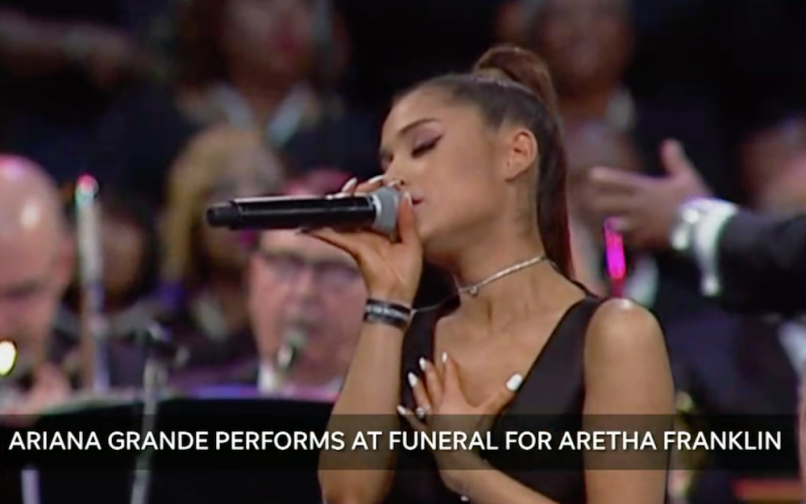 Today, the city of Detroit welcomes home one of its most beloved heroes, Aretha Franklin. The Queen of Soul, who died on August 16th after battling advance pancreatic cancer, is being remembered this afternoon with a star-studded funeral ceremony at the local Greater Grace Temple.

Just hours after Franklin’s passing, Grande covered “Natural Woman” on The Tonight Show, a performance so emotional the Sweetener pop singer was moved to tears. For her tribute at Franklin’s funeral today, Grande again sang from her soul as she belted out “Natural Woman”. In addition to her usual show-stopping pipes and graceful stage presence, Grande was backed by a few powerhouse gospel singers. “Love you, Aretha!” she said, before wrapping up her appearance.

Franklin and Grande first met at The White House in 2014, when they performed as part of the Obamas’ “Women of Soul” concert. According to a representative for Franklin, her family found Grande’s Tonight Show cover to be touching.

Today’s funeral follows weeks of tributes (Clive Davis, Paul McCartney, Elton John) to the music legend. After the ceremony, Franklin’s body will be laid to rest at Detroit’s Woodlawn Cemetery.